Sheltering from the deluge

by robert litan and john fleming

Ask virtually any economist the most important step to take to avoid the potentially catastrophic effects of climate change, and you’ll get a simple answer: tax carbon. They might also suggest, as a second best, capping carbon emissions and allowing emitters to trade the rights to use the limited supply of emissions permits. Pricing carbon emissions at their true social cost would both force emitters to pay for the consequences of their emissions and spur carbon-sparing innovation.

But there’s another, largely neglected side to managing our collective response to climate change. We need to invest heavily (and soon) in measures that minimize the cost of the natural disasters caused by climate change. And here, too, incentive structures will make an enormous difference in reducing the cost of catastrophes created or aggravated by weather extremes and rising sea levels. To be sure, investing in resilience through higher seawalls, restoration of wetlands and the like is not a substitute for mitigation measures. But it’s a critical complement: according to the National Institute of Building Sciences, a dollar spent on resilience yields six dollars in avoided losses.

Some big capital projects aimed at resilience probably require direct government intervention. But much of the task can, and should, be done by businesses and households with a push in the form of carefully crafted market incentives.

The climate “wolf,” in the form of more severe climate-related events, is already at the door. Of the nearly $2 trillion in weather-related damage the U.S. economy has suffered since 1980, almost half has been incurred in the past decade. Consider these extreme events experienced in 2020:

Record-Low Sea Ice in the Arctic

This list doesn’t include the week-long, multibillion- dollar disaster of electricity blackouts and flooding throughout Texas in February 2021 that was triggered by extremely cold weather, the consequences of which could have been largely avoided had the electricity transmission and natural gas networks been properly weatherized. We are likely to suffer far worse events in the future, even if the world achieves the point of net-zero greenhouse emissions: ambient greenhouse gas levels are already so high that increasingly extreme hazards are all but assured.

Why, then, have resilience efforts been largely an afterthought in climate policy?

A few reasons come to mind. For one thing, responding to climate events by hardening potential targets can seem defeatist, implying that society is settling for the status quo and throwing in the towel on decarbonization. Second, improving resilience is not a global issue, because resilience measures must largely be designed and implemented locally or regionally. And resilience issues at the local level — such as zoning and insurance pricing — are almost inevitably contentious: most people and businesses don’t want to leave places they like (e.g., the beachfront), or pay more for what they already have (e.g., flood insurance). More cynically, they have had little incentive in the past, since they have long been able to get some combination of private insurance and government compensation for climate-related damage. 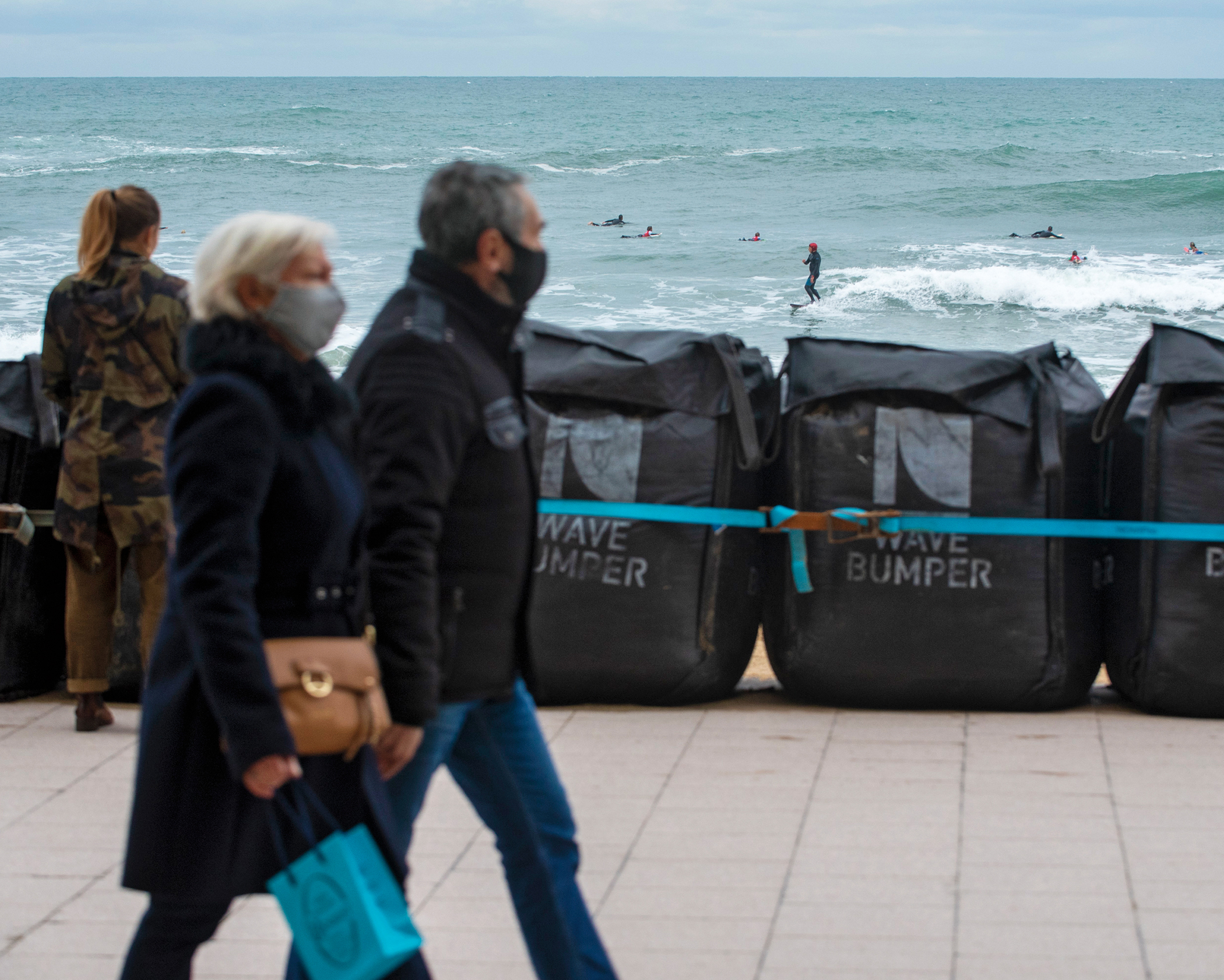 Yet investing in resilience is essential. Climate- related costs, borne by individuals and firms, property-casualty insurers and the federal government, will certainly stay high — more likely, increase — as carbon concentrations rise. A recent Brookings Institution study estimates that the annual economic impact of climate change later this century could be 1,000 times greater (no misprint) than current annual FEMA disaster spending. With numbers like this, the costs of failing to invest in protection now are just too large not to act.

Historically, regular investment in resilience has been given short shrift — especially once the immediate shock of the last catastrophe has ebbed and rebuilding efforts are underway. The Brookings study mentioned above estimates that only one of every seven dollars spent on disaster recovery goes to resilience against future hazards.

That doesn’t seem about to change. For example, the Biden administration’s infrastructure initiative includes hundreds of billions of dollars for climate-related infrastructure, much of it to accelerate the transition to renewable energy. But only $50 billion — $5 billion annually — targets resilience.

Compare that to the scale of an appropriately determined effort to harden America against climate assaults. The estimated cost of protecting the coastlines from rising ocean levels would run to over $400 billion over 20 years — $200 billion during the next 10 years.

Then, of course, there are the sums needed to contain the rising costs from fires and windstorms aggravated by climate change. These include buyouts of property and structures in FEMA-designated “high hazard” locations, where costs of additional resilience measures are prohibitive or greater resilience is simply not practical (like structures adjacent to fire-prone forests in the West).

No one has better than a ballpark figure for the cost of getting on top of the resilience challenge. At a minimum, though, we believe that figure is $250 billion over a decade — five times the amount in the initial Biden proposal. A significant amount, to be sure, but a bargain in light of the expected six-to-one payoff.

To get more bang from a federal buck, not to mention to ensure the funds are well targeted, Washington needs to use three core incentives.

Since many, if not most, resilience measures are regional or local in nature, close collaboration with state governments is essential. To spark additional investment from the communities that would most benefit from those investments, Congress should promote the use of state matching funds, which would allow more infrastructure projects to be built. Now that states have been made whole for pandemic- related costs by the Biden rescue plan, they are in better financial shape to handle it.

Rather than continuing the longstanding practice of rebuilding structures over again after disasters in high-hazard areas, individuals and businesses should have economic incentives to move to lower-hazard areas.

Though it would be more difficult in political terms, the administration needs to make clear that climate resilience is not free, and that insurance premiums must rise to reflect growing fire and windstorm risks.

There are three essential elements to an incentive- based compensation system. First, the system can only be as effective as the accuracy of the hazard maps on which it is based. Accuracy is also essential for local governments in making zoning decisions and for pricing insurance to reflect risk. Accordingly, climate resilience investments should include funds for regularly updating hazard maps to take continuing climate change into account.

The process of updating these maps is generally less fraught for privately insured hazards (such as windstorms and fires) than for publicly insured hazards (floods), since the designation of the latter are more influenced by political considerations. Flood maps are updated by FEMA, the federal government’s disaster management and relief agency, which also administers a flood insurance program. There is currently strong Congressional opposition to FEMA’s latest effort to update its maps, since the incorporation of additional hazard risk will likely result in higher insurance premiums for properties along the eastern and southern coasts most exposed to hurricane-induced flooding.

Admittedly, updating flood hazard maps in a world increasingly affected by climate change amounts to chasing a moving target. However, politically determined maps are almost certainly likely to understate the risks, and thus the costs, of future climate-related events. If the current pandemic has taught us anything, it is that expertise matters. FEMA’s competence in developing and updating these maps should not be ignored.

Second, Congress and the administration should encourage localities to change their zoning rules to prohibit rebuilding or new construction in high-hazard areas. This encouragement should be in the form of aid to localities to fund regulatory takings compensation, especially after updated hazard mapping is completed. Under the regulatory takings doctrine developed in Supreme Court case law, zoning changes can be functionally equivalent to physical takings under eminent domain authority. As such, they require fair market-value compensation.

Third, Congress should amend the Stafford Act, which governs disaster relief, to require compensation initiatives to prioritize buybacks of damaged properties in high-hazard areas at pre-event valuations. Buyout programs could include both property-specific and household-specific caps in order to limit compensation to wealthy owners. A buyout program would have the dual effect of encouraging homeowners and businesses to move to less hazard-prone locations — or, for those who choose to stay, to encourage rebuilding only if the rebuilt structures comply with widely accepted building codes aimed at ensuring resilience.

During his presidential campaign, Joe Biden promised to work with the insurance industry to “identify ways to lower property insurance premiums for homeowners and communities who invest in resilience, expanding programs like the Community Rating System that FEMA currently administers across the country.” This is important, and, of course, it should be politically popular.

Though it would be more difficult in political terms, the administration needs to make clear that climate resilience is not free, and that insurance premiums must rise to reflect growing fire and windstorm risks. Otherwise, underpriced insurance will encourage owners to move to places where climate-related hazards will only grow worse.

The argument over insurance rates is probably most visible in California, where record damage from fires over the past few years has sent property insurance rates soaring, especially for structures in or near forested areas. Not surprisingly, homeowners are pressuring the state’s insurance commissioner to limit rate increases and demanding that the legislature prohibit insurers from dropping existing coverage. California’s regulators have published advice to homeowners on how they can mitigate fire risks, but it is far from clear it will be effective in reducing future claims. 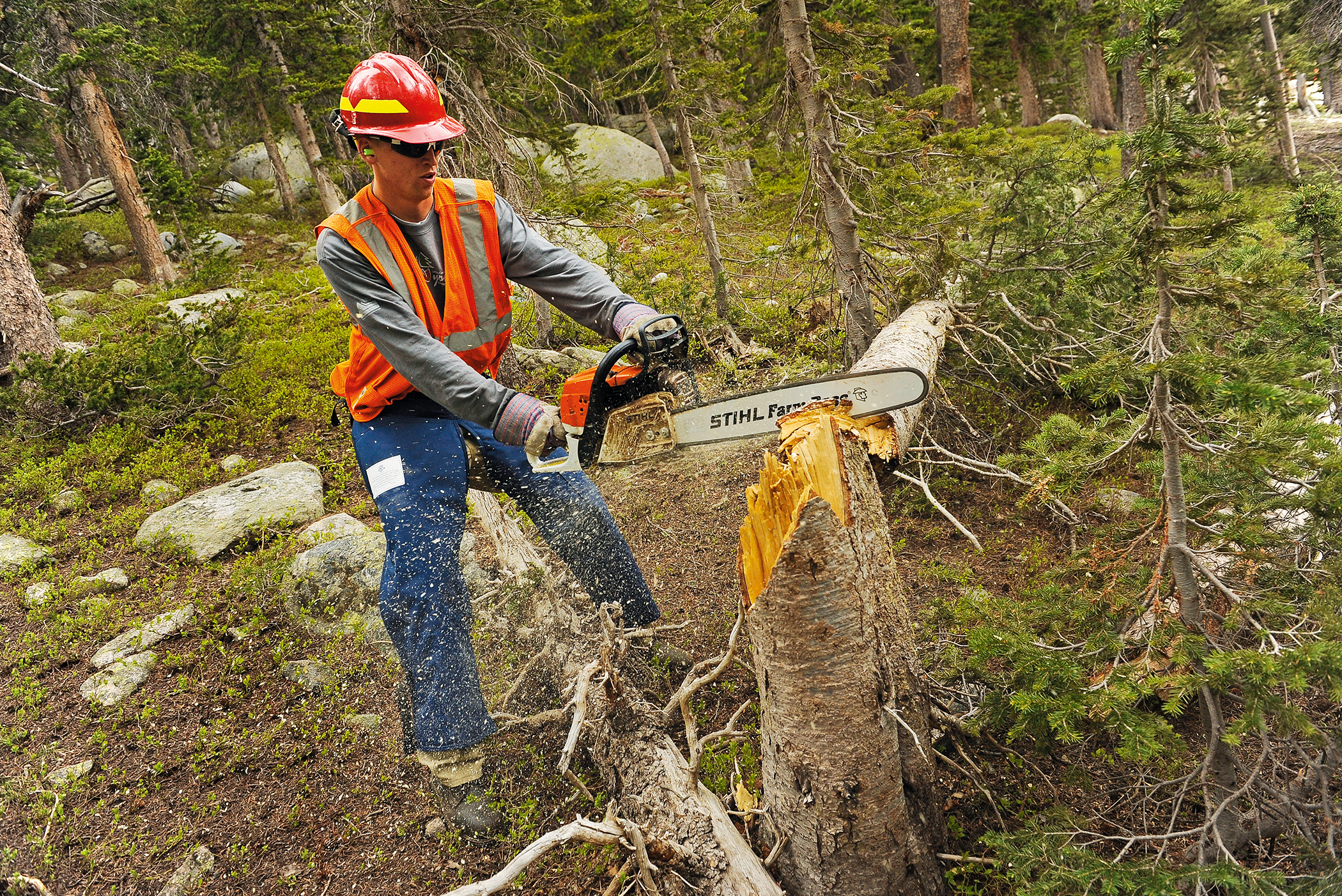 The hard and unfortunate fact is that many properties near forests in California may effectively be uninsurable at any price: no insurer may be willing to take on wide swaths of high-risk properties. At a minimum, insurance in high-risk areas will become prohibitively expensive for all but the very wealthy.

State policies that deny this reality are, at best, kicking the can down the road. More to the point, they encourage households and businesses to give short shrift to property risk. Not to mention risk to life: the 2018 Camp Fire obliterated the town of Paradise, which was surrounded by forest, and killed at least 86 people.

Apart from an advisory role played by the Federal Insurance Office within the Treasury Department, the federal government is virtually toothless when it comes to insurance regulation. But the Biden administration could step up efforts to confirm that insurers are aware of the potential reduction in losses from hardening so that they properly factor them into insurance premiums. The administration should also encourage state insurance regulators to require insurers to inform policyholders of the potential premium savings from investments in resilience.

Much attention has been paid to slowing climate change by containing greenhouse emissions, and rightly so. But we also need to plan for the inevitable damage from our collective failure to address emissions decades ago. That means funding for climate resilience, where the payoff in terms of property and lives saved is certain to be large. The trick — well, one trick anyway — is to design incentives that leverage federal spending. Otherwise, the mountain will be unclimbable.