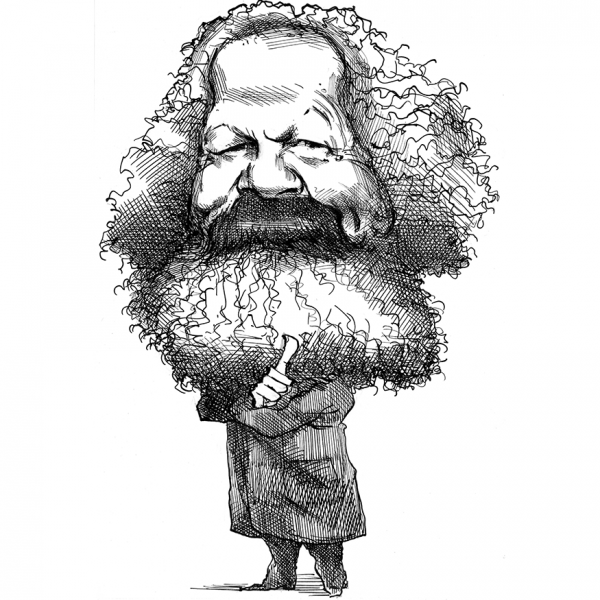 Karl Marx has long been an easy target. After all, he famously wrote (in 1847) that “the modern laborer, … instead of rising with the progress of industry, sinks deeper and deeper below the conditions of his own class. … The proletarians have nothing to lose but their chains.”

His timing could hardly have been worse; the then-wretched living standards of workers in the UK (and much of the North Atlantic economy) more or less rose in tandem with economic growth over the next 12 decades. And while capitalism has never quite lived up to its press releases – the Great Depression was no walk in the park – there was little evidence that the system was planting the seeds of its own destruction.

Marx’s big mistake was in misreading how wages were determined. The owners of capital, he predicted, would be able to keep all the fruits of rising productivity. Not only would that make life miserable for the working class, it would leave the capitalists with ever fewer folks to buy their stuff. The system would eventually choke on excess capacity – or chew its own entrails as nations fought imperialist wars for new markets. In fact, competitive market-driven distribution did a pretty good job of preventing income inequality from ballooning. And, though shocks (like market bubbles) could still rock the economic boat, policymakers became confident they could prevent the vessel from being swamped.

Or, at least until recently.

While neo-Marxist “under-consumptionist” theories looked pretty foolish half a century ago, they’re striking a chord now. U.S. wages have hardly budged since the 1970s, a period in which productivity has nearly tripled. Meanwhile, as if in homage to Marxist theories of imperialism, northern Europe can think of no other way to dig its way out of recession than to export its surpluses. The French economist Thomas Piketty, who is no Marxist, wonders when rising income inequality will rip the fabric of western democracy beyond repair.

Technology could save us. Or not. Where once only farmers’ and factory workers’ jobs were vulnerable to automation, digital technology is expanding the envelope to include everybody from truck drivers to psychotherapists. The smart money says that within a few decades, there will be virtually no jobs that can’t be done better or more cheaply by machines.

JM Keynes, the dominant figure of 20th-century economics, looked forward to the 21st, when machines would end the scarcity of material things. But he was a little vague on why the owners/inventors of the machines would choose to share the goodies. My guess is, Marx would have an opinion. — Peter Passell