sutirtha bagchi and jan svejnar teach economics at Villanova University and Columbia University, respectively. A comprehensive, technical version of their analysis was published in the August 2015 issue of the Journal of Comparative Economics.

Rising inequality in income and wealth is certainly the preoccupation du jour in much of the world these days, as politicians and policymakers struggle to manage public discontent with widening gaps between rich and poor. In fact, while we know that inequality is soaring and we have pretty good ideas why, we know relatively little about the impact – in particular, of inequality in wealth. Our limited understanding of wealth inequality stems in part from the fact that it's much easier to define personal wealth (household assets minus debt) than to measure it. Few countries have solid statistics on household wealth that allow comparisons over time.

Moreover, economic theory offers widely diverging conclusions on the links (if any) between inequality and economic performance. On one hand, growing inequality has been hailed as a necessity if the engine of global economic convergence is to be sustained. On the other, it is seen as an acid eating away at the fabric of social cohesion that is increasingly becoming a drag on development.

We think it can be either – much depends on the dynamic driving the widening gap – and we have statistical evidence to back this up. But we get ahead of ourselves. First, an update on some basics. 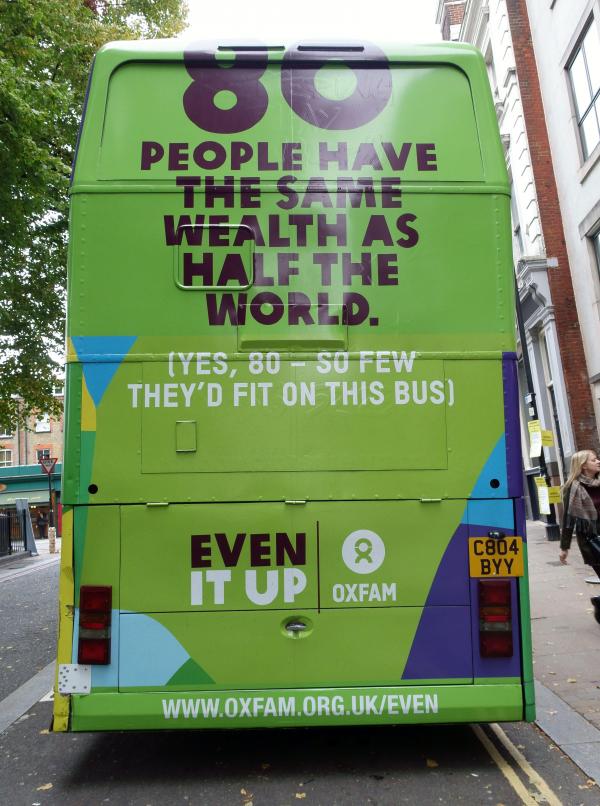 While some countries have good sources of data on household wealth (such as the Survey of Consumer Finances in the United States), few outside the industrialized countries of the Organisation for Economic Co-operation and Development have produced the rich microdata needed to understand the nature and consequences of wealth distribution. Even highly developed countries find it a vexing challenge to construct the historical measures of wealth needed to link changing wealth distribution to broader economic outcomes.

That explains why some of the best economists out there, including Emmanuel Saez of the University of California (Berkeley) and Thomas Piketty of the School for Advanced Studies in the Social Sciences, France's leading research institution in social sciences, are devoting considerable energy to studying historical wealth distributions in a variety of countries, along with their societal implications. Moreover, recent initiatives aim to improve the availability and cross-boundary comparability of household-wealth data. These include the Luxembourg Wealth Study, the Eurosystem Household Finance and Consumption Survey and the Global Wealth Reports and Databooks.

While these efforts to create data on wealth distribution are relatively recent, social scientists from a variety of disciplines have been mulling over the import of changing wealth inequality for quite a long time. Indeed, over the past several decades, a voluminous theoretical and empirical literature has emerged examining the relationship between inequality and economic growth.

On the theoretical front, some academics have proposed that inequality can propel growth because the rich are able to save the most and thus can afford to finance productivity-enhancing investment. Or, coming at it from the other side, the taxes and redistributive programs that are typically used to reduce inequality undermine incentives to work, save and innovate. By contrast, some theorists have argued that inequality is an inherent drag on growth because it prevents the poor from obtaining the education and training needed to spur productivity, or because very high levels of inequality lead to political instability and a lack of respect for private-property rights and the rule of law.

Before discussing our contributions in the area of wealth inequality and economic growth it is worth pointing out two fundamental issues that, while obvious on reflection, are often neglected in technical analyses and popular discourse. The first is that typical living standards are more a product of per capita income than of the degree of inequality. Indeed, while Pakistan can lay claim to being one of the most egalitarian economies in the world outside Europe – only Kazakhstan has a lower Gini coefficient for family income – it's a rare person who would argue that living standards are higher there than in, say, Chile – which is one of the least egalitarian nations outside Africa.

People also fail to adequately take account of differences in the sources of inequality. Consider Indonesia and Britain. Although they appear similar on measures of income inequality (their Gini coefficients are 33 and 34, respectively), they differ on such dimensions as the role that competition – as opposed to back-scratching within the elite – plays in achieving economic success and determining the distribution of income and wealth.

The View from the Top of the Pyramid

In our own research, the first task was to create a measure of wealth inequality that could be applied to a large number of countries over time. To this end, we made use of Forbes magazine's annual list of billionaires. In 1982, Forbes began curating a list of the 400 richest Americans, called the Forbes 400; in 1987, it expanded that effort by compiling a list of billionaires from around the world. Although other news sources have started publishing the names and estimated wealth of billionaires in more recent years, the Forbes list offers the advantage of consistency over both time and a relatively large number of countries.

Using the Forbes data, we generated three measures of wealth inequality for each country for four years that are spaced four to six years apart from each other – 1987, 1992, 1996 and 2002. We added up the wealth of all the billionaires in a given country in a given year and divided it by either the country's GDP, its physical capital stock or its population, thereby adjusting billionaire wealth for country size.

The use of billionaire wealth alone as a proxy for wealth inequality may seem a bit arbitrary. And, of course, it is: we used it only because direct measures of wealth inequality for many countries over a period of 15 years simply aren't available. But happily, these measures of wealth inequality do correlate well with the conventional (but far more limited) data on wealth inequality that exists for about 25 countries – in particular, the share of wealth held by the top decile of the population and the Gini coefficient of wealth. Note, moreover, that focusing on the effects of concentration of wealth at the very top of the distribution pyramid is timely, because it is widely believed that this is where most of the change in distribution has taken place in the past few decades.

Simply eyeballing the billionaire data confirms this assumption, though with less than perfect uniformity. Of the 23 countries that had billionaires on the Forbes lists in both 1987 and 2002, our measures of wealth inequality increased in 17 countries and fell in six over this period.

The negative impact is both statistically significant – that is, very unlikely to be caused by chance – and quite large. An increase of one standard deviation in the level of wealth inequality (a 3.7 percent increase) would cost a country about half a percentage point in the growth of real GDP per capita. That is a big impact, given that average real GDP per capita growth in the sample countries was in the neighborhood of 2 percent per year.

In contrast to the effect of wealth inequality, neither income inequality (as measured by the Gini coefficient) nor the rate of poverty (here, the portion of the population living on less than $2 a day) has much independent effect on the growth rate. On reflection, this finding fits current views of how development takes place. In countries with the most extraordinary rates of economic growth – for example, China – income inequality also grows rapidly as the opportunities associated with specialized skills and entrepreneurial acumen expand at breakneck speed.

A Tale of Two Billionaires

Things get really interesting when we differentiate the sources of billionaire wealth in our wealth-growth statistical model. We went through the lists of the Forbes billionaires for the four years of our sample and placed each billionaire in one of two categories: those who acquired their wealth due to political connections and those who did not.

In the end, we used a very conservative standard in classifying people as politically connected, only assigning billionaires to this group when it was clear that their wealth was a direct product of political connections. We uncovered some recurring examples – for instance, we classified a large proportion of the billionaires who emerged in Indonesia during the autocratic regime of General Suharto as politically connected. During that exceptionally corrupt period, ties to the regime were indispensable for securing business licenses. And many of the billionaires on the Forbes list benefited from government aid along with policies that put potential competitors at a strong disadvantage.

Russia's oligarchs provide another case in point. Russia did not have any billionaires on the Forbes list until the mid-1990s, when the country began to privatize giant state-owned enterprises, mostly in fuels, fuel distribution and hard-rock mining. A few employees and managers of these natural-resource enterprises who were in the right place at the right time (and knew the right people) were able to acquire control of these companies at bargain-basement prices. Many were individuals being rewarded for supporting Boris Yeltsin’s re-election campaign in 1996; they became billionaires overnight by dint of their political connections. In the following decades, the crony capitalism promoted by Yeltsin produced spectacular wealth inequality and made the difficult task of creating a competitive market economy capable of balanced growth virtually impossible.

Similarly, for the five countries with the highest level of politically connected wealth inequality in our sample (Malaysia, Colombia, Indonesia, Thailand and Mexico), the median ranking on the Transparency International’s Corruption Perceptions Index was 94th out of 174 countries. (The higher the number, the lower the ranking.) In contrast, for the six countries that had billionaires in every year of our sample and yet had no politically connected billionaires in any year (Britain, Hong Kong, the Netherlands, Singapore, Sweden and Switzerland), the median ranking was a squeaky-clean eight. 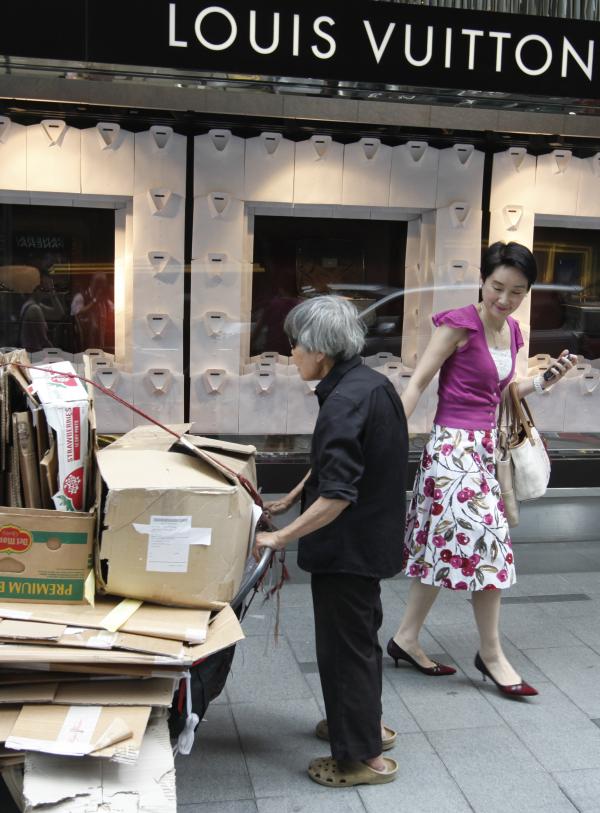 The Price of Privilege

This makes a lot of sense. Billionaires who make their money through hard work, innovation (or, for that matter, luck) don't have much impact on average productivity. But those who make their money through political connections tend to reduce productivity both because they typically prosper by virtue of monopoly power that distorts resource allocation and because they have a strong interest in using their influence to retard innovation by potential competitors.

The Birla family of India provides a good example. As a Forbes profile for the family (in 1987) found that:

The nationalists who later became free India's power elite rewarded the Birla family with lucrative contracts. After independence, the Birlas continued their lavish contributions to the ruling Congress Party. So accomplished are they in manipulating the bureaucracy, and so vast their network of intelligence, that they frequently obtain pre-emptive licenses, enabling them to lock up exclusive rights for businesses as yet unborn.

Our research confirms a core tenet of modern development theory: the will and power to limit the room for politically generated wealth – more generally, what economists call "rent-seeking" – that is, using market power or political influence to collect unearned profits – is critical to economic development. That finding, of course, raises a key question: why do some countries manage to exert the aforementioned will and power, while others do not?

The answer is at the nub of modern development economics, which emphasizes the role of institutions. Possibilities range from policy differences in education to social status for women to openness to trade and to urbanization. What our research strongly suggests, though, is that as long as wealth accumulation is not brought about through political connections and dominated by rent-seeking, rising inequality is not, in itself, a barrier to economic growth.