Everybody knows the United States gets less bang for a buck on health care — here, measured in terms of life expectancy at age 65 as well as the OECD's estimate of the years of life lost prematurely before the age of 70. (The United States' numbers are particularly startling compared to Israel.) But the lessons to be drawn aren't as straightforward as one might think.

Yes, the American health care system is plagued by inefficiencies ranging from excessive testing and unnecessary medical procedures, to inadequate emphasis on preventative care, to abuse of malpractice and intellectual property protection. But a substantial (if hard to quantify) portion of the differences in both medical costs and outcomes is linked to lifestyle differences — diet, exercise, drug and alcohol abuse.

There have been some successes in the battle to contain costs: growth in per capita spending on health care has moderated in the past decade and a half across most rich countries (including the United States), in spite of ongoing technological change and population aging. But make no mistake, cost containment remains a marathon that democracies are ill-prepared to run. 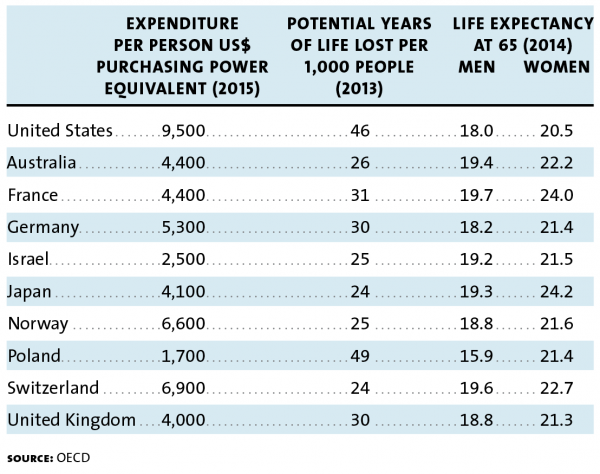