bill frey is a senior fellow at both the Milken Institute and the Brookings Institution and author of Diversity Explosion: How New Racial Demographics Are Remaking America.

For many Americans the term "immigration" in recent decades has been synonymous with hordes pouring across the Mexican border. But immigration in general — and especially from Mexico — came to a screeching halt when the job market collapsed in the Great Recession: the foreign-born population of the United States actually fell from 2007 to 2008. 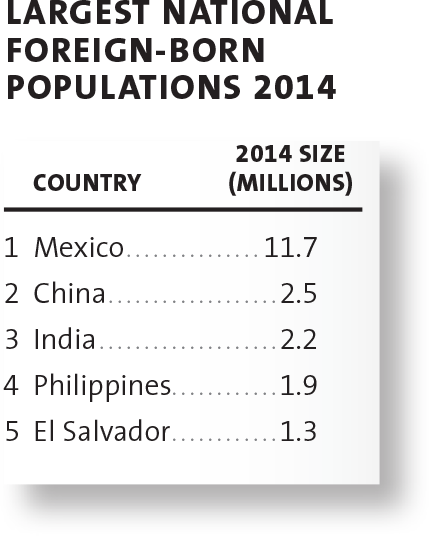 New Census numbers show immigration to be picking up again, but this time, Hispanics are no longer in the driver's seat. Between 2013 and 2014, the foreign-born population increased by over one million for the first time since 2006, with Asian migrants accounting for over half that gain. In fact, Asian gains exceeded Latino gains for each of the years between 2010 and 2014. Not coincidently, this period also showed an uptick in the proportion of immigrants who graduated college, with arrivals from India, China and the Philippines leading the pack.

Asian-born Americans are heavily concentrated in California and New York, but Texas has shown the second-greatest rise since 2010. Other tech-savvy states, including Virginia and Massachusetts, are also moving up the list.

Mexico remains the origin of the largest number of U.S. foreign-born, outnumbering those from China or India five-fold. But in the post-recession surge, Mexico ranked just 62nd among all gaining countries, in part a consequence of slower upticks in jobs previously taken by Mexicans and of improved prospects at home. When, one must wonder, will the yahoo rhetoric on immigration adjust to this new reality? 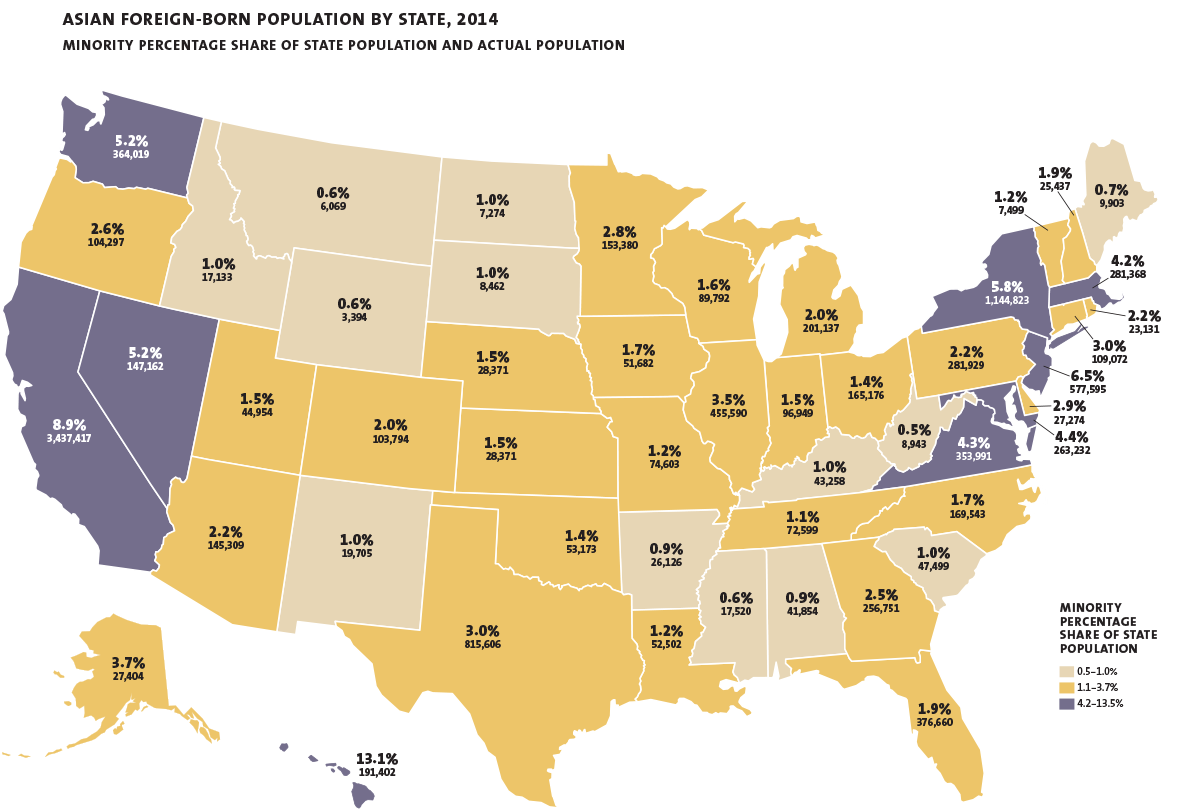