The plight of the millennials, all-too-often underemployed and living in their parents’ basements, is well-chronicled. Interestingly, though, increasing numbers of them are making the best of it by moving to "cool" places.

Don't look to aggregate numbers from the Census Bureau for confirmation. Inter-county migration by young adults actually dipped in 2013-14 for a second year in a row to 6.6 percent – down from 7 percent in 2011-12 and well below the 9-10 percent rates early in the 2000s.

But those who do move apparently no longer feel obliged to slink off to places with the cheapest housing or the most openings for minimum-wage jobs. Before the recession, young adults made a beeline for easy-mortgage boom areas like Riverside and Phoenix in the West, and Atlanta and Charlotte in the Southeast.

But as the housing and job markets collapsed, each of these areas dropped out of the top five, with Riverside moving to number 8, Charlotte to 10, Phoenix to 17 and Atlanta to 23 among the 51 largest metros. (Las Vegas dropped 25 places to 35th.)

Aside from Houston, most of the major magnets for young adults now score high on your standard hip, amenity-rich, places-to-live surveys. The list includes well-known havens for latte-sippers – among them, Denver, San Francisco, Austin, Washington, DC, Seattle, Portland and Minneapolis-St. Paul.

To be sure, several of those magnets are high-tech, new economy bastions as well, offering good jobs to skilled creatives. But these migration numbers include all young adults, irrespective of education. This suggests that, until a broader spectrum of jobs become available, a high quality-of-life environment to be shared with other millennials might be the best place to bide their time. 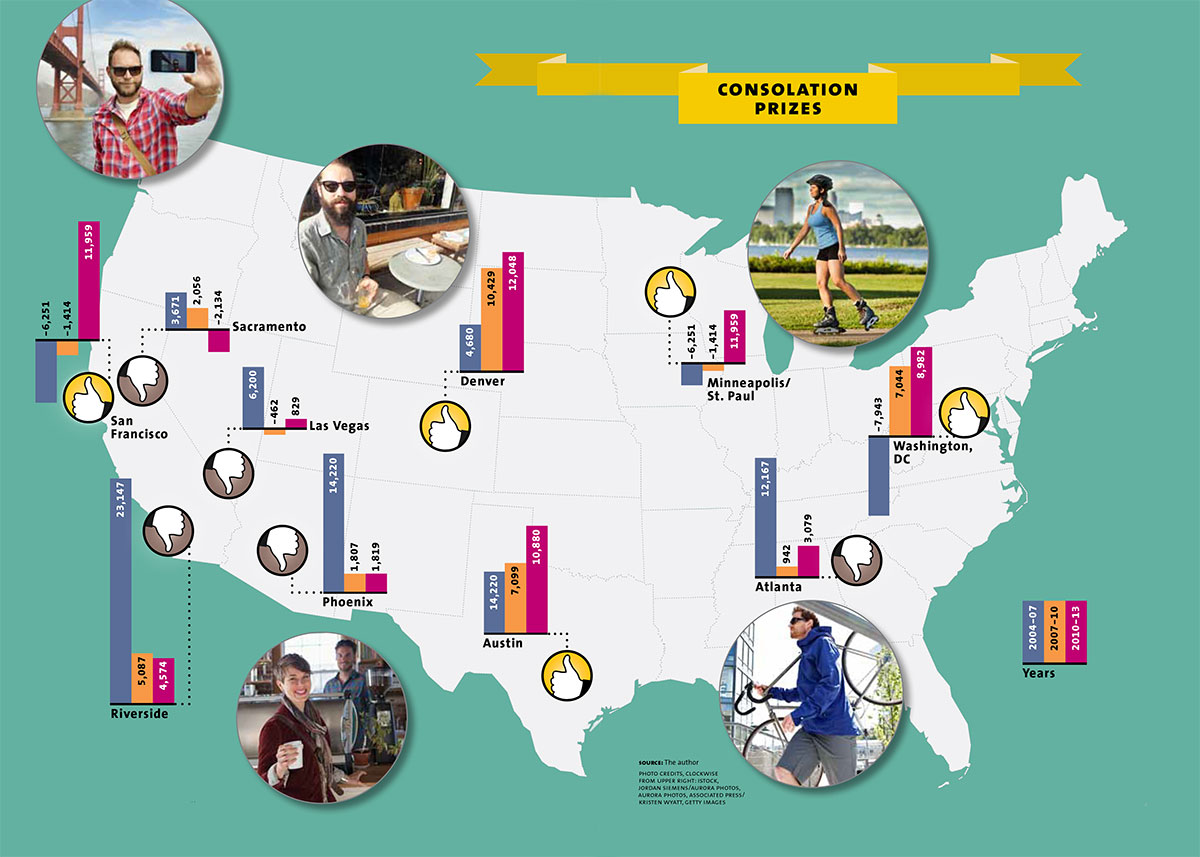