william frey, is a senior fellow in the Brookings Institution’s Metropolitan Policy Program and author of Diversity Explosion: How New Racial Demographics Are Remaking America.

THE U.S. CENSUS just released its last race-ethnic population estimates before the decennial census, and the results are about as expected – only more so. Nearly four of 10 Americans identify as non-white. And the past decade was the first in which the white population actually declined.

In 1980, whites represented a tad under 80 percent of the population; by 2019, that figure had tumbled to 60 percent. Latinos filled most of the gap, with their share almost tripling to 18.5 percent. Asian-Americans went from 1.8 percent to nearly 6 percent. Meanwhile, the African-American share (about 12 percent) has hardly changed.

The white population share has fallen in all 50 states and 358 of the nation’s 364 metros. Indeed, by 2019 whites were a minority in 27 of the 100 largest metros. Most noteworthy is the increased diversity of the young. In 2019, a majority of those under age 16 identified as a minority.

Until quite recently, the number of whites was rising, just not as rapidly as nonwhites. But since 2016, the white population has declined – and fast enough to offset modest gains earlier in the decade. Between 2010 and 2019, native-born whites declined 1,073,000. White immigration (1,057,000) didn’t quite make up the loss.

The mostly white baby boomers who defined the culture of the last half of the 20th century are giving way to a multihued America. This is no surprise to demographers. But past projections of rising diversity have apparently been too cautious. One takeaway is clear: America’s prosperity will turn on meeting its oftenneglected responsibility to give nonwhites greater opportunity to reach the commanding heights of society. 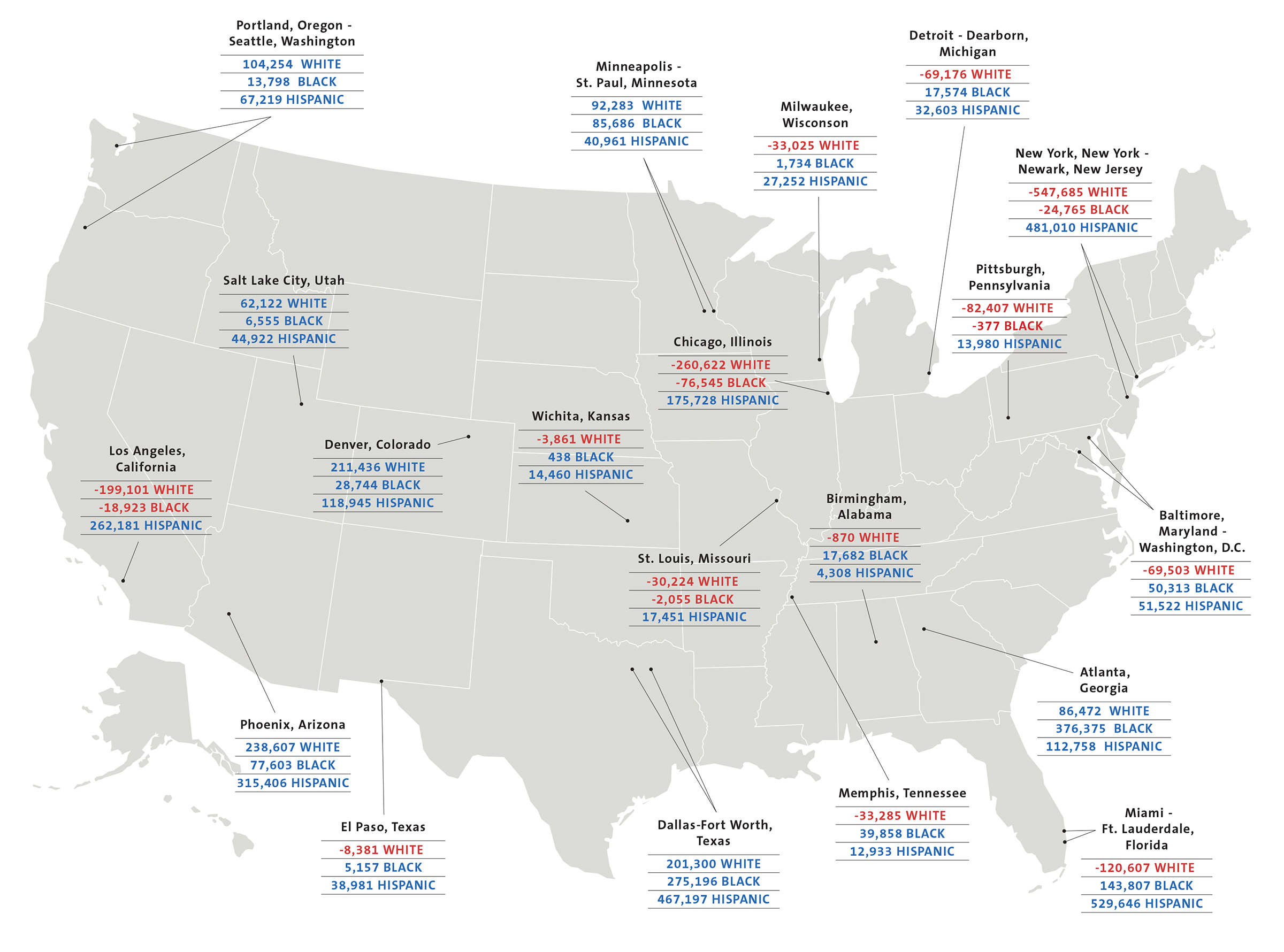 main topic: Demographics
Previous: Drug Innovation: When Patents... Next: From the CEO