Does this issue of the Review look a little different from all other issues? Actually, I think we’ve always been pretty good at keeping the design gods on their toes. Witty design is the secret sauce that makes some tough economics content go down easy. But the question does give me a segue to welcome the new member of our design team, Leslie Noyes of Leslie Noyes Creative Consulting in Bennington, Vermont. Leslie joins Joannah Ralston of Insight Design in Shelburne, Vermont. And to say I couldn’t put the magazine together without them is to say the obvious. 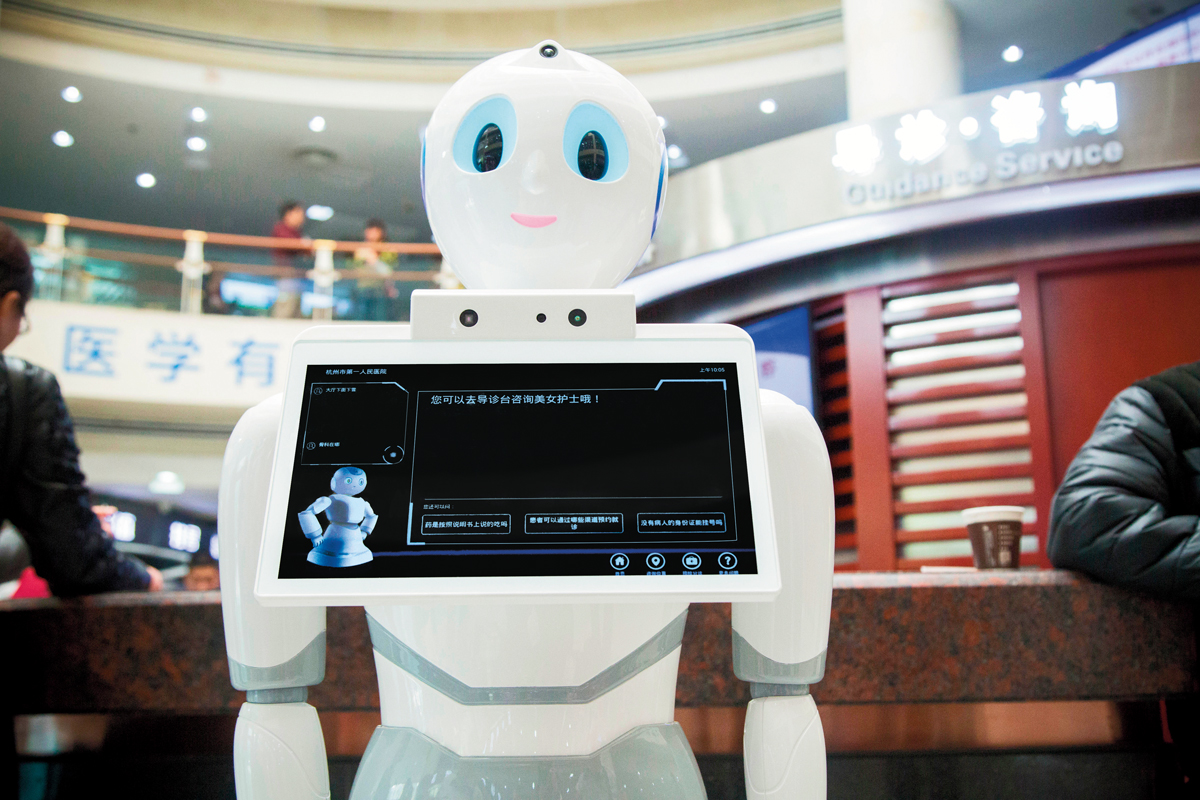 Edward Tenner, a distinguished scholar at the Smithsonian Institution and Rutgers University, looks beyond the finger-pointing in the crash of two Boeing jets to analyze the underlying tensions in a company walking the line between old-fashioned “deep” organization and new-fashioned “flexible” organization.

“The troubles of the Boeing 737 MAX show the dark side of flexibility: overriding the checks and balances of strict government supervision,” Tenner points out. “Boeing will struggle to regain the prestige of a time when loyal pilots’ watchword was ‘If it’s not Boeing, I’m not going.’ Yet deep organizations can be remarkably resilient in the long run, as General Motors has been after Ralph Nader’s attack on the Chevrolet Corvair in 1965, learning to live with increased government scrutiny.”

Karen Eggleston, director of the Asia Health Policy Program at Stanford, offers a progress report on China’s efforts to supply decent health care to all of its 1.4 million citizens. “Reforms over the past two decades have brought China’s health care system closer to a level of reliability and accessibility commensurate with the country’s new affluence and even higher hopes for the next generation,” she writes. “However, a host of challenges, from addressing patient-provider tensions and trust, to changing provider incentives to promote value rather than volume, to deciding which new medical therapies qualify as basic, remain to be dealt with.”

Bob Litan, a Brookings fellow who moonlights as a columnist on sports law and economics for TheAthletic.com, explains why the days of demanding world-class college-age athletes to work for a pittance are probably coming to an end.

“When some think of the NCAA’s century-long defense of ‘amateurism’ in college athletics, they think of unfairness,” Litan writes. “How can the sums paid in scholarships to college athletes be so sharply limited while their universities, coaches and athletic directors rake in millions? When I think of the NCAA’s amateurism rules, I think of Ozymandias, the poem by Percy Bysshe Shelley reminding that all empires eventually fall. One way or another, a combination of laws and market forces are likely to reduce those rules to the sports equivalent of the ‘colossal Wreck’ in Shelley’s poem.”

Simon Haeder, a political scientist at Penn State’s School of Public Policy, steps back from the election primary debate on how to reform U.S. health care to match the quality and accessibility of European systems to ask what’s possible now.

“As a practical matter, though, a combination of constitutional federalism, stark ideological divisions over the appropriate role of government and the power of interest-group incumbency make incrementalism the best hope for coming close to what other advanced industrialized countries achieved decades ago.”

Tom Lenard, a senior fellow at the Washington-based Technology Policy Institute, takes a critical look at the conclusions of the U.K.’s expert report on digital competition, which are widely seen as applying equally to the EU and the U.S. The panel doesn’t recommend the breakup of the Silicon Valley giants (like Google and Facebook). But “its recommendations for a new regulatory regime for large digital platforms to supplement traditional antitrust,” he writes, “are arguably as radical.”

Tom Healey, a former assistant secretary of the U.S. Treasury, asks whether the five states with the most daunting unfunded pension obligations will be able to find a way out. “As with, say, climate change,” he writes, “while we’re pretty sure bad things await if the problem is ignored, the real consequences will not be known for another 15 or 20 years — even in the states that have dug themselves the deepest fiscal holes. And that makes it extremely difficult to mobilize political will in favor of painful reform.”

Charles Castaldi, a former NPR reporter in Central America, shares his experiences from a recent visit to Costa Rica. The tiny country, he reminds, “has stellar public education, universal health care, a truly enlightened environmental policy — and a longer life expectancy than the United States. But look closely, and you’ll note that trouble is brewing. Democracy in Costa Rica (as in much of the world) is increasingly suffering from rising populism and political fragmentation.”