Horatio Alger is alive and in passable health – well, in parts of America. That, anyway, is the big takeaway from a study released last year that deserves a whole lot more attention. The Harvard-UC Berkeley Equality of Opportunity Project estimated the chances of an individual moving from the bottom fifth of the income distribution to the top fifth. The results varied by region and by city, with the decisive factors seeming to be the degree of racial segregation and income inequality, public school quality, family structure and community cohesion. The big losers are in the South and the Rust Belt. The big winners: the West and the coastal cities with modern service industries. No great surprise there. But the differences are truly shocking, with economic mobility varying by a factor of three. Here's a list of the 10 most mobile and the 10 least mobile cities in the country. 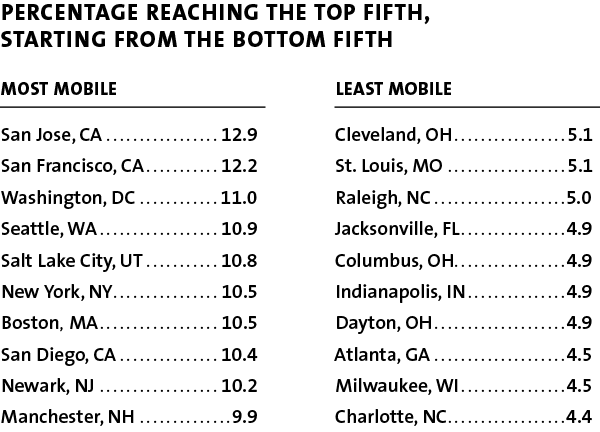