We’ve said it before, but it only gets truer: the Milken Institute Global Conference is a big deal. This year’s event, under the theme “Driving Shared Prosperity,” brought more than 5,000 participants to Los Angeles for three days of non-stop events, including 140 public panels. And lest you think we exaggerate, this really is a global conference. Participants came from some 70 countries and 47 states (North Dakota, what’s your problem?) to drink in the insights of 846 speakers. If you missed the conference, you can find the videos of the public panels on the Institute’s website or its own YouTube channel (no charge).

Congratulations to Phillip Swagel, who was recently named director of the non-partisan Congressional Budget Office. He follows in some very large footsteps, including those of Alice Rivlin, Robert Reischauer and Peter Orszag. A long-time Milken Institute senior fellow, Swagel has recently been part of the housing finance policy team (he co-authored several articles in the Review, most recently in the Fall 2013 issue), and contributed to the widely cited Institute report, “A Blueprint for Administrative Reform of the Housing Finance System.” Previously, Swagel served as assistant secretary for economic policy at the U.S. Treasury and as a member of the investment committee for the Treasury’s controversial (and vitally important) Troubled Asset Relief Program.

We’ve moved — at least our offices in Washington, D.C. have. The new home of the Milken Institute in our nation’s capital is in the complex of historic buildings at a choice location: the corner of Pennsylvania Ave. and 15th Street, NW. Reflecting our increased engagement in the policy world, and our long-term commitment to a Washington presence, the move is the first part of what will be a multi-year rollout that includes offices for Milken Institute staff, unique event space and the Center for the American Dream. Watch this space for updates. 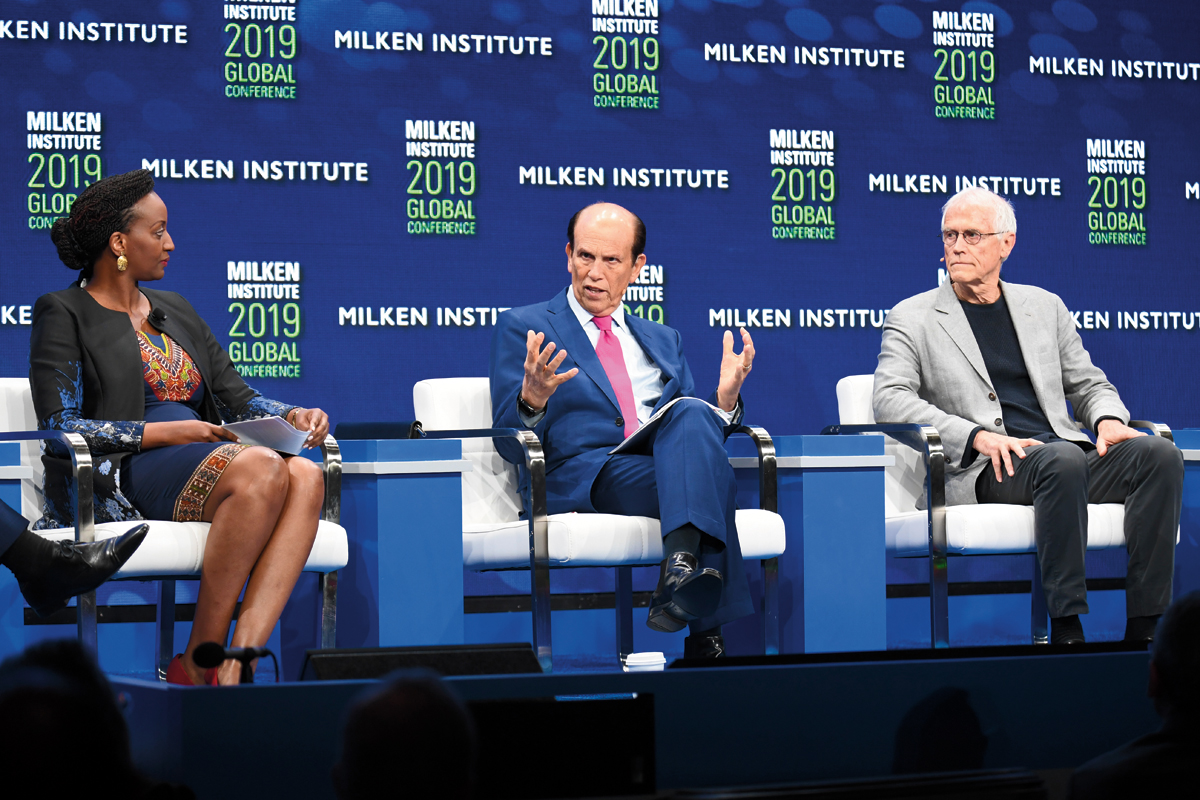 Soraya Hakuziyaremye, Michael Milken and Paul Hawken discuss the the future of the free-enterprise system.
Photo courtesy of the Milken Institute
Previous: Lists Next: Priced Out