In July, the Institute advanced its Africa Initiative by hosting two events on the continent. A Financial Innovations Lab in Johannesburg explored solutions to the persistent problem of tuberculosis in the South African mining sector, convening industry executives, government officials, investors and donors to develop a social impact bond model.

The following week, the Institute took part in the Global Entrepreneurship Summit in Nairobi (which President Obama also attended), with Managing Director Mindy Silverstein speaking on the “Financing Entrepreneurship” panel. During the Summit, the Institute also hosted a CEO/investor roundtable attended by U.S. Commerce Secretary Penny Pritzker, as well as a session in our series on financing infrastructure in Africa. These efforts, along with the Center for Financial Markets’ work to develop regional capital markets, are part of the Institute’s broad initiative to make a difference in the development of sub-Saharan Africa.

For nearly 20 years, the Institute has published its annual “Best-Performing Cities” index, scoring U.S. cities on how well their economies fuel job-creating growth. And it’s built quite a following: the report’s release is greeted with much interest by local political leaders, urban planners and media.

This year, we took our act abroad. Published in September, “Best-Performing Cities China” rates urban areas in the world’s most populous country. Like the U.S. version, the index grades metros on purely economic factors including growth in jobs, wages and direct investment. It’s an X-ray of sorts of the economies of 34 first- and second-tier cities, along with 232 third-tier cities.

And the winner is? Among first-tier cities, Chengdu, capital of Sichuan province, scores top-10 positions in seven out of the nine index components. Driving the city’s success: its human capital, support from the central government and a booming mix of military and electronics manufacturing. The runner-up is Shanghai, coastal China’s bustling finance capital. For full results (and a detailed explanation of how we compose the index), check out the Institute website. 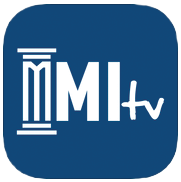 Bored with the offerings on Netflix or Hulu? Yearning for something meatier? Download the Institute’s new app, MItv to your smartphone or tablet. It’s your port to 600-plus video sessions from various Institute conferences and events, including the annual Global Conference. Best of all, the content is free for the clicking.

Well, actually, what’s best is just how many of the videos are chock-full of fascinating analysis of everything from the latest in medical technology to the agonies of the Eurozone. And did we mention … it’s free.

Previous: Afterthought Next: The Urgent Need to...