Is an Original Always Better Than a Copy?

edward tenner, a research affiliate of the Smithsonian Institution and Rutgers University, is currently a Visitor in the Program in Interdisciplinary Studies at the Institute for Advanced Study at Princeton.

While bringing many museums to the brink of insolvency, Covid-19 has paradoxically reaffirmed the world’s enthusiasm for these institutions. Consider the museum with the highest attendance, the Louvre in Paris. In 2019, the number of visitors reached 14.1 million. But the pandemic hardly made a dent in the public’s enthusiasm: from March 12 (the date the Louvre shut its doors) to May 22, some 10.5 million people visited the museum’s website.

Indeed, the success of the Louvre online and other virtual museum programs has revived a thorny aesthetic and philosophical question. Can viewing a digitized copy of a work of art be an experience equal or even superior to encountering it on a wall?

The idea that reproductions can adequately substitute for the real thing has been especially heretical since the philosopher Walter Benjamin published his essay “The Work of Art in the Age of Mechanical Reproduction” in 1935. It’s a complex and brilliant argument, not easily reducible to a paragraph or two — and it is also a tract for its times. A Jewish exile from Hitler’s Germany, Benjamin was rightly alarmed by the power of mass media in his native country and fascist Italy, especially print photography and cinema; Leni Riefenstahl’s celebration of Nazi Party Day in Nuremberg, Triumph of the Will, appeared in the same year.

The most remembered idea in the essay is the concept of the “aura,” a mystical quality that inheres in an original work of art and its history, from the hand of the artist through the chain of ownership, as though the object has a soul and memory of its own. It is true that Leonardo’s Mona Lisa only became fetishized after it was stolen from the Louvre in 1911 — its absence, in fact, was not noticed for over 24 hours. The theft and recovery became part of the story, along with the puzzle of why the painting was not delivered to the patron, Lisa’s husband Francesco del Giocondo — probably a trader in North African female slaves, according to recent scholarship. The smile continues to grow even more mysterious with the centuries.

In 2019 so many visitors mobbed the Louvre to see the painting for themselves that a carnival atmosphere created by selfie shooters made a mockery of the work’s mystique. When the pandemic struck, it was as though the virus was enacting the economist Herbert Stein’s famous dictum, “If something cannot go on forever, it will stop.” With the reopening, visitors will be required reserve entry in advance — the idea is to replace the notorious scrimmage with an orderly, socially distanced queue. Revenge of the aura? 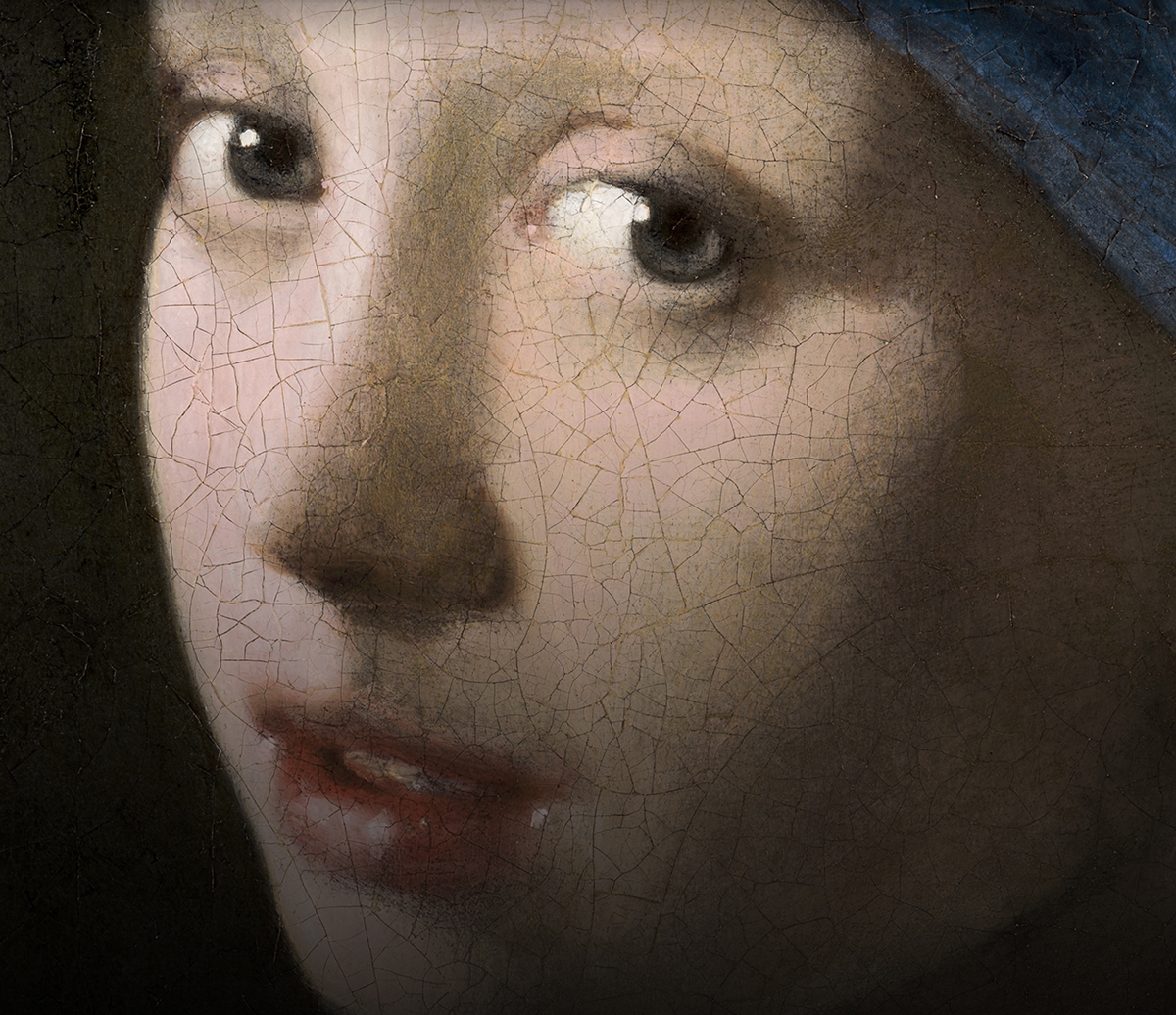 Paradoxically, though, even the new protocol does not necessarily mean that views of the original will be superior to the reproduction available on Wikipedia. The website offers both an unretouched photo of the painting and one that is digitally enhanced to correct for the effects of aging of the painting — each with a generous 83 megapixels to provide razor-sharp viewing in large formats.

Encountering the Mona Lisa in person will now once again be “a special moment,” as the president of the Louvre told The New York Times. But it will still be 10 feet away and (for good reason) behind bulletproof glass. There can thus be no intimate inspection of Leonardo’s famous sfumato technique.

The downside of the Louvre’s reopening is, of course, that with the EU’s entry restrictions on residents of most countries (including China) lifted, crowding is likely to reassert itself. There is no technological means to squeeze more bodies into a space. On the other hand, fine art imaging is enjoying its own renaissance thanks to 21st-century wizardry. The Google Art Camera has inaugurated a new generation of photography using artificial intelligence to assemble images of unprecedented detail and fidelity — a billion pixels now, and probably even more with future generations of hardware and software.

Provided free to museums, the camera can image art without transferring the work to a studio or the addition of special lighting. Photographing a single work could once take up to a full day. The Google Art Camera can finish the job in an hour. To get an idea of what it could do for Mona Lisa, Google offers a view of another crowd pleaser, Vermeer’s Girl with a Pearl Earring, along with an explanation of why it is an idealized study rather than a portrait.

Not only security but conservation can help make the reproduction surpass the experience of the original. Many museums’ objects are too delicate even for careful lighting and are covered by cloths. Others must be kept on view for only weeks or days at a time. Even when access is not limited, illumination must sometimes be reduced.

One of my art history professors passed on a joke from curatorial circles that no work looks as good in person as it does in a well-produced art book. And after seeing some wonderful textiles at the Metropolitan Museum of Art, I returned home to find the photographs on the museum’s website to be far brighter and more vivid. This wasn’t solely the genius of the photographer; the constant strong lighting needed to show the works at their best would have ruined the originals. (Incidentally, as usual with any subject these days, Donald Trump’s name intrudes. Unlike the heiress Marjorie Meriwether Post who built Mar-a-Lago, Trump kept the drapes open, allowing the bright Florida sunlight to fade the 16th-century tapestries that Post bequeathed along with the property.)

There’s no avoiding the conclusion that both originals and high-quality reproductions of art deserve respect and that Benjamin was wrong to malign the latter. It was one of the contradictions of the Frankfurt School of critical theory to which he belonged that while its members rejoiced in exposing the snobbery of the cultivated upper middle class, they shared some of its prejudices. Should a radical thinker like Benjamin not have celebrated mechanical reproduction of art as a counterweight to bourgeois privilege? 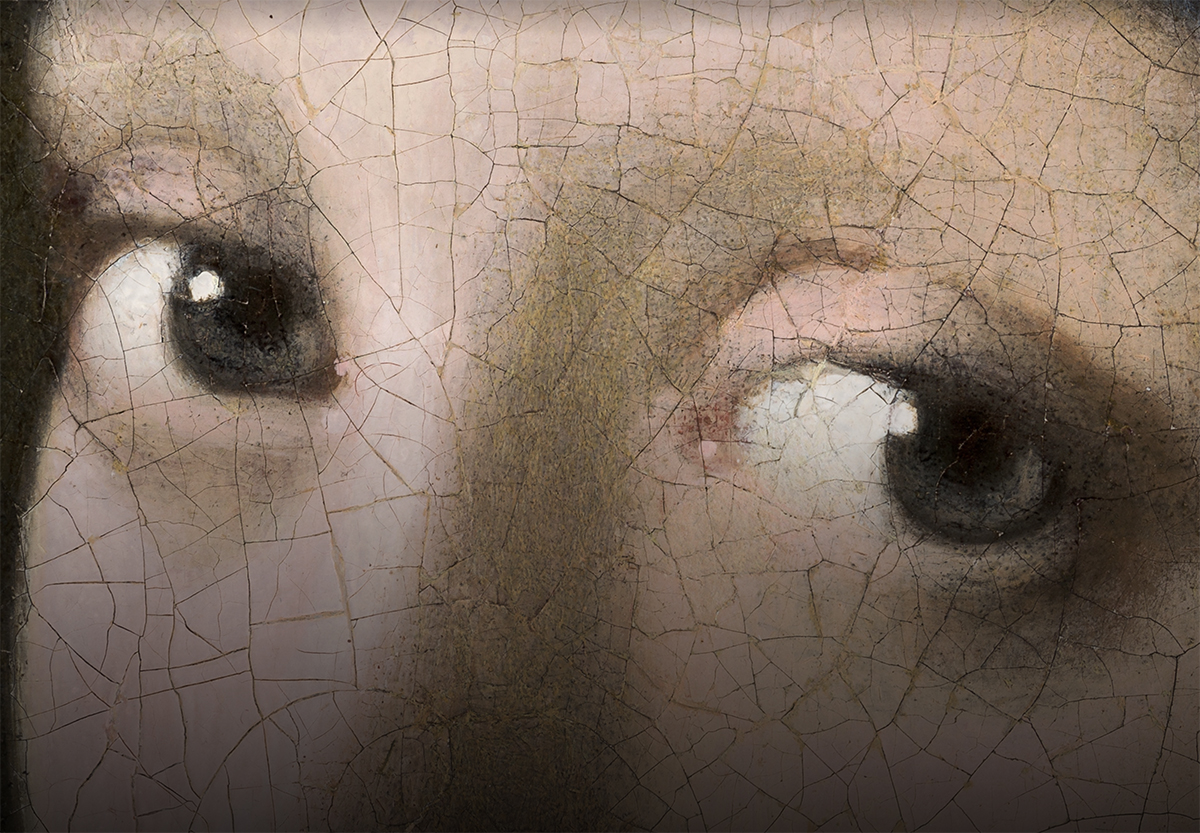 Still, Benjamin had a point. There is something about being in the presence of a masterpiece that is both inspiring and transformative. In fact, a busy museum can be a cultural event quite apart from its collections, as celebrated in Mussorgsky’s Pictures at an Exhibition and the views of gallery interiors and their spectators by the contemporary German photographer Thomas Struth.

Besides, some works of art can’t yet be reproduced all that well. It will be some time before the Louvre’s iconic ancient Greek statue, the Venus de Milo, can be recreated accurately in a 3D hologram. Then, too, some artworks, such as Emmanuel Leutze’s Washington Crossing the Delaware at the Met, must be experienced in their actual scale (12 feet by 21 feet) to be fully appreciated.

Fortunately, not all masterpieces that are on public display are beset with crowds. When I last visited the National Gallery of Art in Washington, I paused in front of one of my favorite paintings, Ginevra de’ Benci, which was Leonardo’s first experiment with the technical innovations that dazzle in the Mona Lisa. I have always preferred it to the Mona Lisa, finding it even more intriguing for the fact that the artist was only 22 when he painted it. And, for me, one of the truly wonderful things about it is how little attention most visitors were paying to it that day, offering a contemplative experience that the Google Art Camera could not duplicate.

Perhaps the best analysis of the relationship between originals and increasingly faithful reproductions can be found in the work of the economist Fred Hirsch, who introduced the idea of “positional goods” in his 1976 classic, Social Limits to Growth. The multiplication of copies, even (or especially) of high-quality copies, underscores the uniqueness and the value of the original. Unlike the theatre- or concert-goer in the cheap seats, the museum visitor gets a tiny timeshare of something priceless.

Great art museums may be seen as the most snobbish of institutions, but are really among the most democratic. The pandemic has been a reminder of how indispensable they are.