benjamin pridayis an economist who has researched public policy issues ranging from tax policy to philanthropy. This article is adapted from his issue brief published by the Niskanen Center in Washington.

While the unemployment rate has fallen sharply from the peaks of the Covid-induced recession, long-term unemployment – those who have been jobless for 27 weeks or more — remains a stubborn problem in the American economy. Along with upending the quality of life for these households, the failure to create jobs for all who are willing and able reflects troubling inefficiencies in our marketbased economy.

I’m hardly the first to point this out. But recognizing the magnitude of the problem and fixing it are very different matters. Here, I’ll outline one fairly straightforward change in federal policy that could make a significant difference.

When economists talk about the labor market, they say that the supply of labor comes from current or potential employees while demand comes from employers. And, forgive the baby step, if the number of people willing to work exceeds the number of jobs available at prevailing wages, we have unemployment. Now, some unemployment is inevitable, even healthy. For example, workers who hope to transition to better or different jobs, or start their own businesses are usually classified as jobless. However, long-term unemployment or a decreasing participation of those of prime working age is a clear signal that the labor market is not balancing supply and demand.

Washington has long applied both supplyside and demand-side subsidies to address long-term unemployment, with varying success. The Earned Income Tax Credit is a labor supply subsidy that induces low-income workers to work by lowering their tax bills — or, more typically, sending them larger refunds when filing income taxes. First implemented in 1975, this “negative income tax” has grown over the years (with bipartisan support) to be one of the most effective antipoverty measures in the United States. Moreover, unlike many safety net programs, it serves as an incentive to work.

A concern is that employers will hire fewer WOTC-ineligible workers as they substitute for subsidized employees. Olugbenga Ajilore of the University of Toledo found that this did not, in fact, happen.

Meanwhile, a variety of state and federal programs are aimed at stimulating the demand for labor. One important federal program is the Work Opportunity Tax Credit (WOTC). The WOTC was first introduced in 1996 to encourage employers to hire workers from groups they viewed as high risk — among them, veterans and the disabled. In the years since, Congress has expanded the target groups to include welfare recipients and formerly incarcerated individuals.

At first glance, it looks like a pretty good deal for employers. The incentive is a credit applied directly against a business’s federal income taxes, with credits ranging as high as $9,600. But the fine print limits the value of the credit considerably. Only wages paid in the first year of employment (from the date of hire) qualify, and there is a ceiling on the credit that varies from target group to target group.

Consider, for example, a shop owner who hires a TANF recipient (Temporary Assistance for Needy Families, the current name of federal welfare) and pays them a total of $7,000 for 350 hours of work in the first year. With TANF recipients, only the first $6,000 of wages can be used to calculate the WOTC. So the shop owner could claim only a $1,500 credit (25 percent) on their tax return. The largest potential credit — the aforementioned $9,600 — is linked to hiring veterans who were disabled while in the military, have experienced six months of unemployment in the past year and are paid at least $24,000 in wages for over 400 hours of work in their first year.

Not only is the potential tax credit modest, getting paid requires jumping through some hoops. The Labor Department sets eligibility requirements and provides grant funding to cover the administrative costs of state workforce agencies (SWAs), which are responsible for certifying eligibility of employers’ new hires. Employers must request certification within 28 days of the start date. Meanwhile, the credit is distributed by the IRS through federal tax returns. And importantly, it is not “refundable” — that is, it has no value beyond the sums the employer would otherwise owe in income taxes.

That said, what’s the verdict? Does WOTC pay off in terms of jobs created at reasonable cost to taxpayers? There have been several attempts to answer the question.

Sarah Hamersma at Syracuse University’s Maxwell School used data on welfare recipients from Wisconsin, finding that being eligible for the WOTC increased the likelihood of being employed in the first six months by 5.9 percentage points. There were not significant differences in employment between targeted and non-targeted groups beyond six months, however. 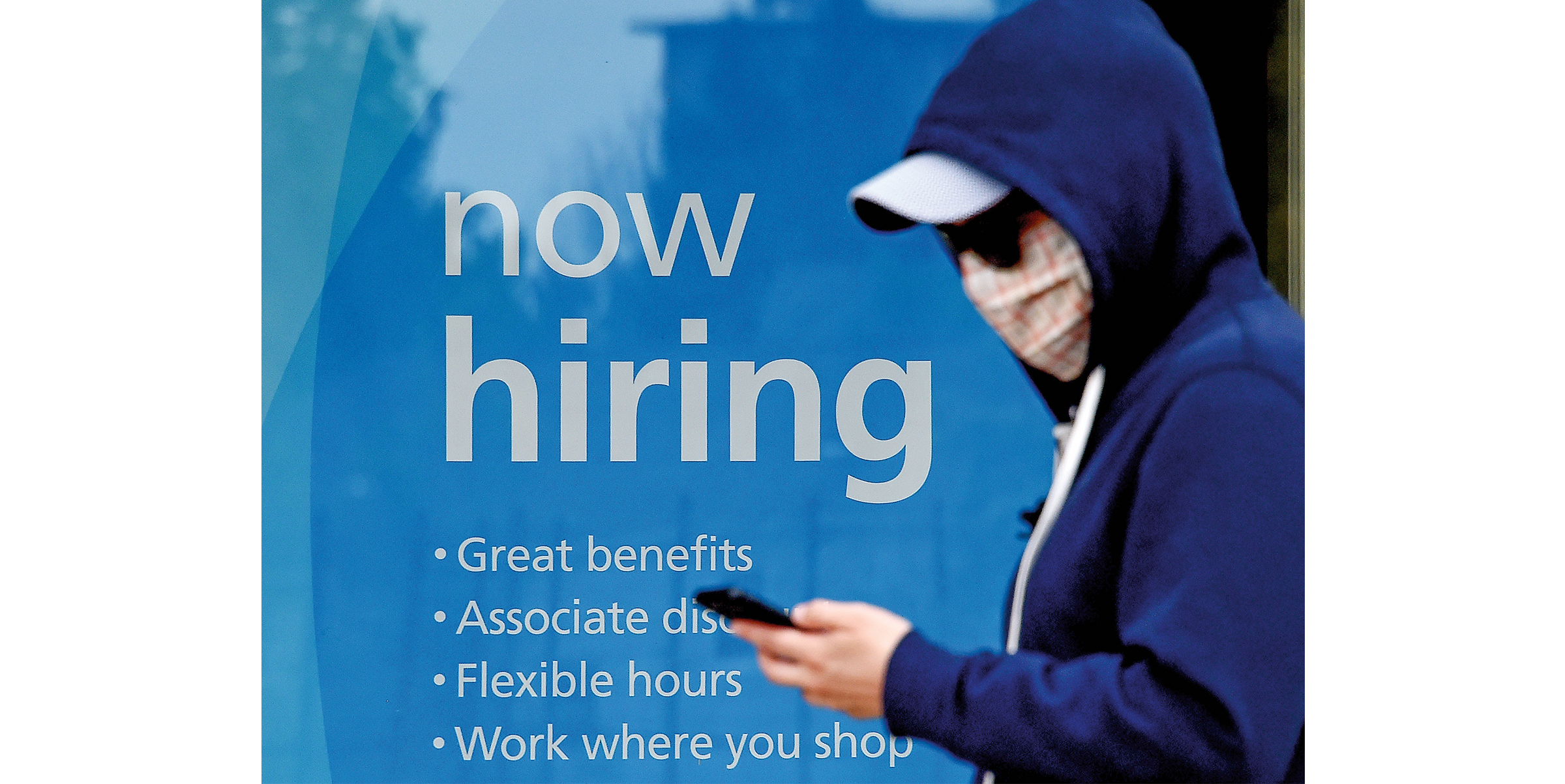 Paul Heaton at the Rand Corporation focused on veterans, especially those who are disabled and chronically unemployed. He found that employment increased by 2 percentage points for disabled veterans in both 2007 and 2008 — approximately 32,000 people each year — compared to non-disabled, nonveterans who were ineligible for the credit.

One recurring concern is that once an employer has maxed out the tax benefit from an eligible individual, they can fire them and hire a new worker in order to get an additional round of tax breaks. But the General Accounting Office finds this improbable, since the WOTC is not a moneymaker in itself. Indeed, the subsidy only offsets about half the cost of recruiting, hiring and training an eligible candidate. What is concerning, though, is that the GAO also found that most certified employees did not stay on the job long enough for the employer to generate much of a tax benefit: two-thirds separated from their employer after earning less than $3,000.

A related concern is that employers will hire fewer WOTC-ineligible workers as they substitute for subsidized employees. Olugbenga Ajilore of the University of Toledo found that this did not, in fact, happen — that employment did increase for WOTC-eligible people without a corresponding decrease in employment among the ineligible.

Altogether, then, there is modest evidence that the WOTC has improved employment outcomes for hard-to-employ workers and little reason to believe that it generates collateral damage. But the results are hardly definitive, and for good reason. Despite the fact that WOTC has been around for 26 years, there has been no systematic effort to evaluate the broad impact of the program. According to a 2018 Congressional Research Service report, this is first and foremost because “definitive data on the usage and costs of the WOTC are not available.”

Program administration is divided among the IRS, the Labor Department and the state workforce agencies. And integrating data across these entities for all states each year is exceedingly difficult — assuming it was accurately compiled in the first place. Consider, too, that tax rules allow businesses to carry credits backwards (one year) and forwards (up to 20 years), making it even more difficult to connect changes in target group employment to businesses’ tax credits.

Further, comprehensive analysis would need data on historical welfare program participation as well as veteran and disability status, which are collected by yet other state and federal agencies. Combining data from all these sources would be extremely burdensome, especially since integrated data recording is not a program requirement.

What we do know is that most businesses don’t seem to take advantage of the WOTC. This could be for a number of reasons. There is little awareness of the program. It can be difficult for employers to identify if an applicant is eligible, especially prior to hiring. It’s tough to calculate what the tax benefit would even be with the program’s complex requirements and calculations. The combination of these factors, along with the inability to analyze the program well, makes this an inefficient investment for Congress.

Back up for a moment. Employment subsidies are typically short-term, demand-side programs, not supply-side wage bumps like the Earned Income Tax Credit. The WOTC, for example, covers a portion of wages paid by the employer or the costs of on-the-job training for only a matter of months, temporarily stimulating demand for individual workers viewed as high-risk.

More direct demand-side subsidies, including several rigorously tested pilot programs, have received considerable attention over the past 40 years — though none have been converted into permanent federal programs. The Georgetown Center on Poverty and Inequality produced a comprehensive report in 2016 that details many of these programs. What separates them all from the Work Opportunity Tax Credit is that direct subsidies do clear the path to results.

An efficiently funded direct employment subsidy would not be a blank federal check, however. It is important that there are clearly defined, evaluable metrics that align state and federal goals while retaining state flexibility.

Meanwhile, direct funding creates more transparent financial incentives for employers. One of the biggest flaws in the WOTC is the weak connection between the incentive (a tax credit) and the desired behavior (hiring target-group members.) By contrast, cash subsidies directly reduce wage or training costs, eliminating the psychological — and sometimes tangible — barrier of waiting to receive a credit against federal taxes.

Then, too, the direct subsidy approach facilitates further pilot testing and evaluation requirements. Labor markets are dynamic, and labor market challenges will thus change over time — iterative improvement is a necessity for long-term success.

Washington is aware of the potential of employment programs that give states more control and flexibility. One notable initiative, a 2021 bill with the acronym ELEVATE (don’t ask) would have incentivized states to try low-overhead programs that focused on highrisk job seekers but allowed for funding to grease an array of labor market frictions such as geographic relocation costs. Separately, President Biden asked Congress to include a new job-subsidy program in his American Jobs Plan. While this request lacks specificity, it would make room for the sort of initiative discussed here.

With the economy now operating on overdrive and millions of job openings going begging, government employment programs have slipped to the bottom of many policymakers’ priorities. I think this is myopic. A healthy, market-based economy requires a stable, robust labor market that ensures every willing adult a job — and we’re clearly not there yet.

As noted earlier, Washington does incentivize work, investing considerable resources in raising the take-home pay of the working poor. But its efforts from the demand side are both insufficient and inefficient. The Work Opportunity Tax Credit attempts to strengthen labor markets but ultimately falls short. We can — and must — do better, for the sake of our economy and those marginal workers who do not fit seamlessly into the labor force.