Give me your tired, your poor… Well, not so much, any more. Your huddled masses and wretched refuse are out of fashion in the United States, and pretty much everywhere else. Conversely (and not coincidentally), we seem to have entered a golden age of transnational mobility for those with the gold. A slew of countries almost automatically grant residency to foreigners willing to invest a lot of money to improve the neighborhood. Meanwhile, a handful of Caribbean tax havens and at least one cash-strapped European Union country have proposals to sell instant citizenship. Cyprus offers residency as a consolation prize: Russian plutocrats – and others, if there are any – who lost at least €3 million from their accounts when the island's banking system crashed can live there if they wish.

The United States, for its part, demands a credible plan to create 10 jobs, along with a cash investment. But the Kauffman Foundation suggests a more focused means of exploiting the attractions of U.S. residency: issue "start-up" visas for highly skilled foreigners already in the country – typically, on H1b visas – who want to stay in order to start businesses. The deal would come with strings, including a requirement to raise $100K in capital. Kauffman estimates that the program would create 1.6 million jobs over a decade. 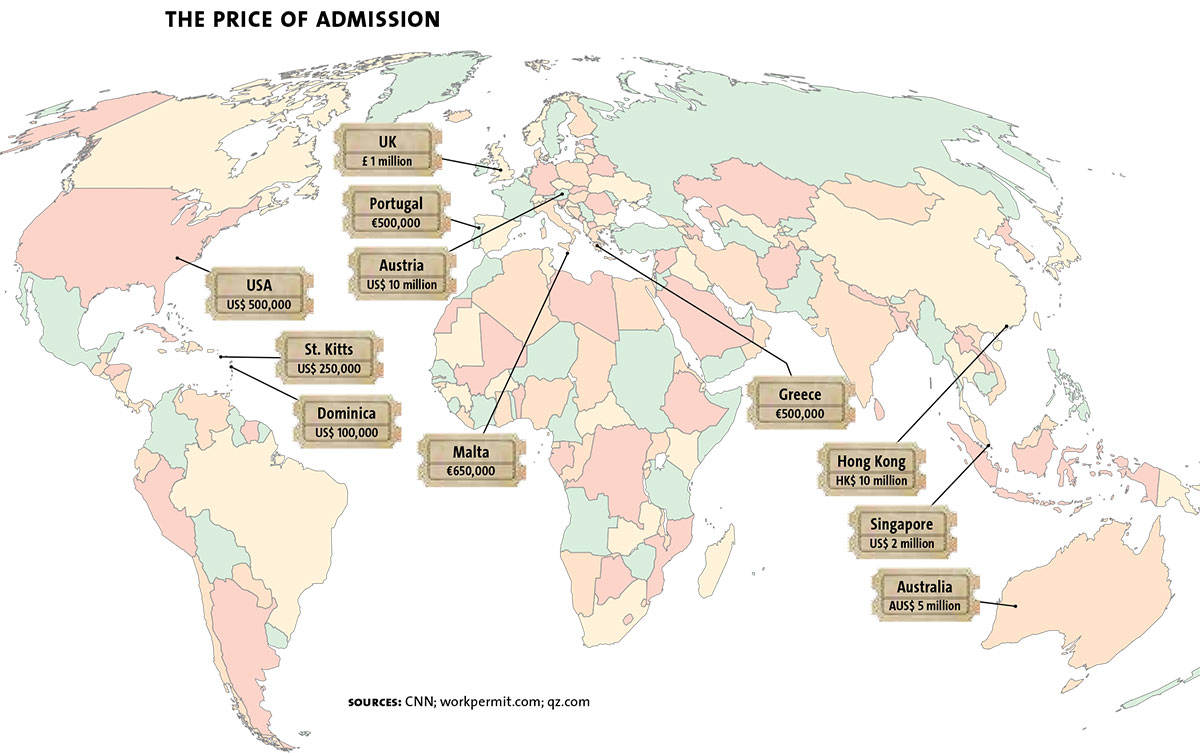