Not love, but maybe happiness?

Norway is the highest income-per-capita country of any real size, but does that make Norwegians the world's happiest people? Economists used to brush aside such questions as too airy-fairy to merit a response. No more. Indeed, there is now a veritable cottage industry of economists (and other social scientists) asking who's happy and why. Here, I list the 10 happiest and 10 least happy countries, as measured by Gallup Poll data, along with their per capita incomes, life expectancies and levels of income inequality as reality checks. And I've added the United States to the list … just because. To see the full monty, including a series of essays on what it all means, download the latest World Happiness Report.

But back to the question: does income buy happiness? Well … yes and no. (What answer did you expect from a two-handed economist?) — Peter Passell 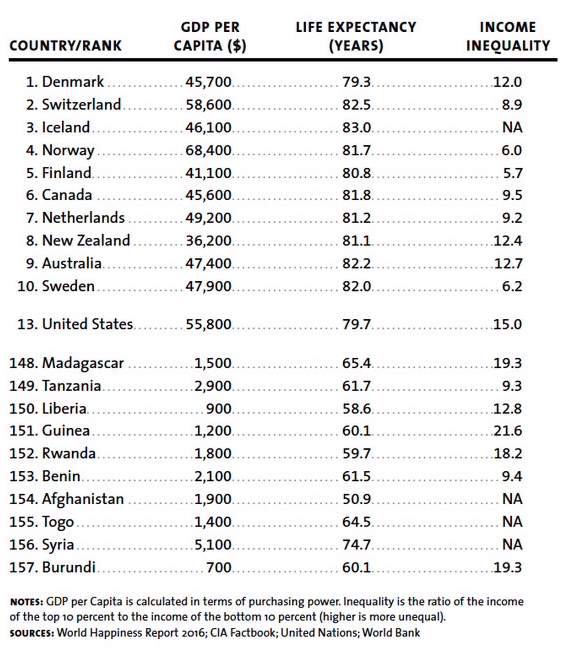