The United States hit a new low in 2016. No, I am not talking about the raucous, divisive election. It’s the demographic nadir we reached, as population growth slowed to just 0.69 percent — the lowest since the Great Depression. That’s down from a peak of 2.1 percent in 1950, when the post-World War II baby boom was in high gear.

The marked decline over the past decade was tied to one short-term factor — the blowback from the 2007-9 recession — and the long-term reality that America is aging. The recession exerted a double whammy, slowing immigration and narrowing the difference between births and deaths. Immigration has largely recovered, but not the natural increase. Some of the recent fertility decline could prove temporary, though, a recession-related delay in family formation among young millennials.

The mortality trend, by contrast, is here to stay. And in the decades ahead, population aging will also lower fertility rates. By 2040, the Census Bureau projects annual growth will sink below 0.5 percent.

That figure will still dwarf the rates in most other rich countries. Some, including Japan, Germany and Italy, have already entered negative population growth territory — though Germany may get a temporary boost from its uniquely generous policy toward refugees (see page 8).

If there’s silver lining in the recent numbers, it’s the recovery of domestic migration as victims of the Great Recession again see their way clear to chasing a better life in Sunbelt states. Utah (aided by high Mormon fertility rates) tops the list with growth above 2 percent. But Nevada, Idaho, Florida, Washington, Oregon, Colorado and Arizona are all growing faster than 1.7 percent.

Of course, internal migration is a zero-sum game: for the first time since the 1980s, eight states registered population losses, most notably New York and Illinois. But a restless citizenry is a hallmark of American particularism, and a return to higher migration levels — when they’re voluntary, anyway — has to be seen as a plus. 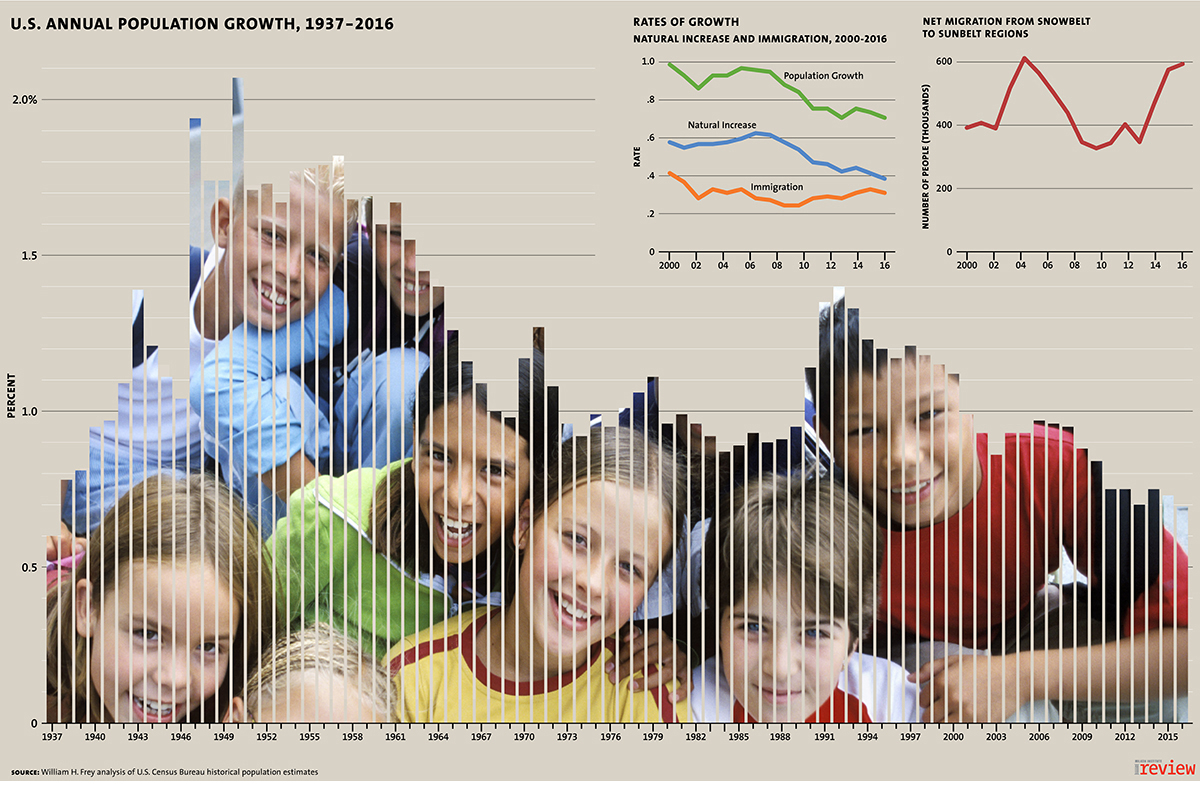