The Future Is Now

Climate change, the product of accumulating, heat-trapping gases in the atmosphere, has been lumbering toward us since the fossil fuel era began in earnest. But the lumber has lately turned to a dash with previously rare phenomena, like category 5 hurricanes in November, wildfire tornados in Oregon and mass die-offs of sea coral, becoming commonplace. We really do know how to slow and even reverse climate change at a cost that is far less than the price of enduring the alternative. But we need the will as well as the way, which is no small thing because it requires a level of global cooperation not mustered since World War II. Perhaps sobering photos can motivate. 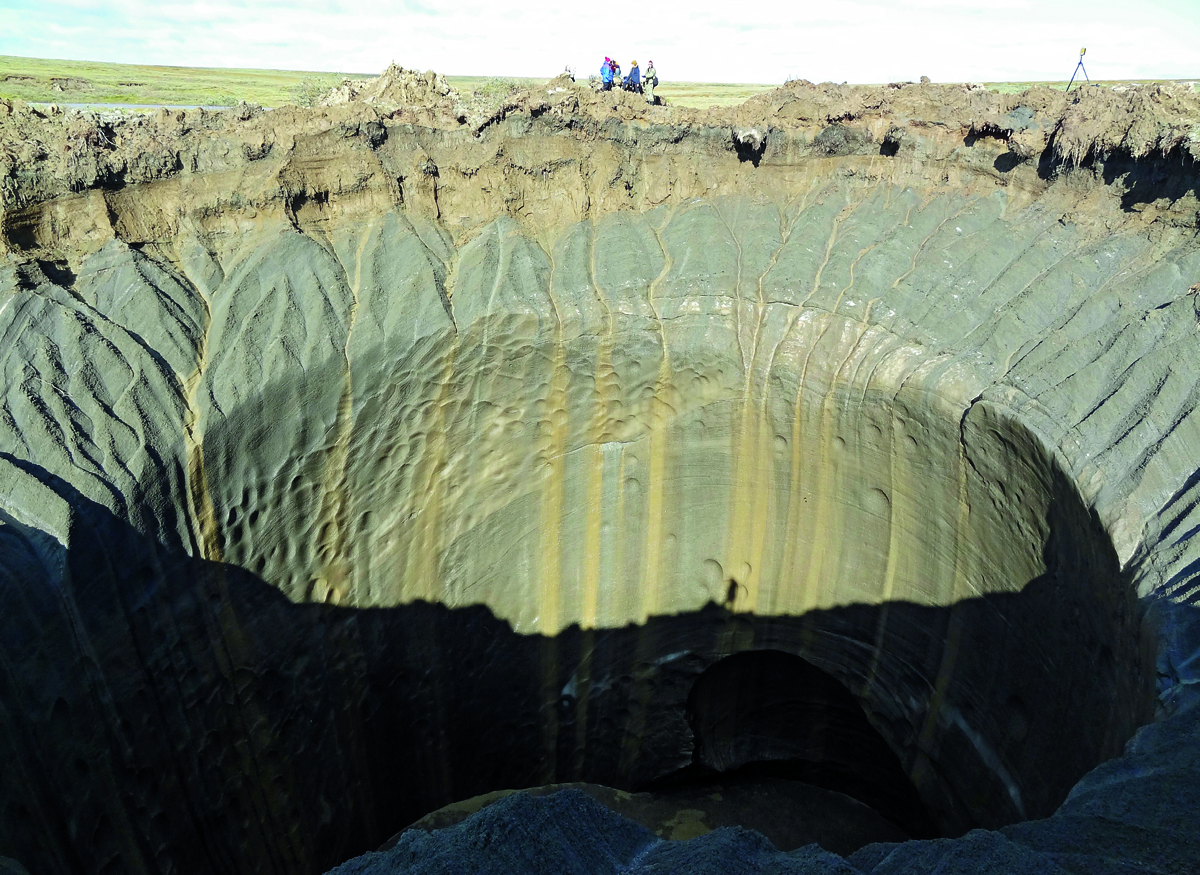 Vast amounts of methane gas are trapped in permanently frozen soil beneath the treeless tundra of the subarctic. This 100-foot-deep crater in Siberia, the ninth discovered since 2013, was almost certainly caused by the explosion of a methane pocket created by the melting of this ancient permafrost. 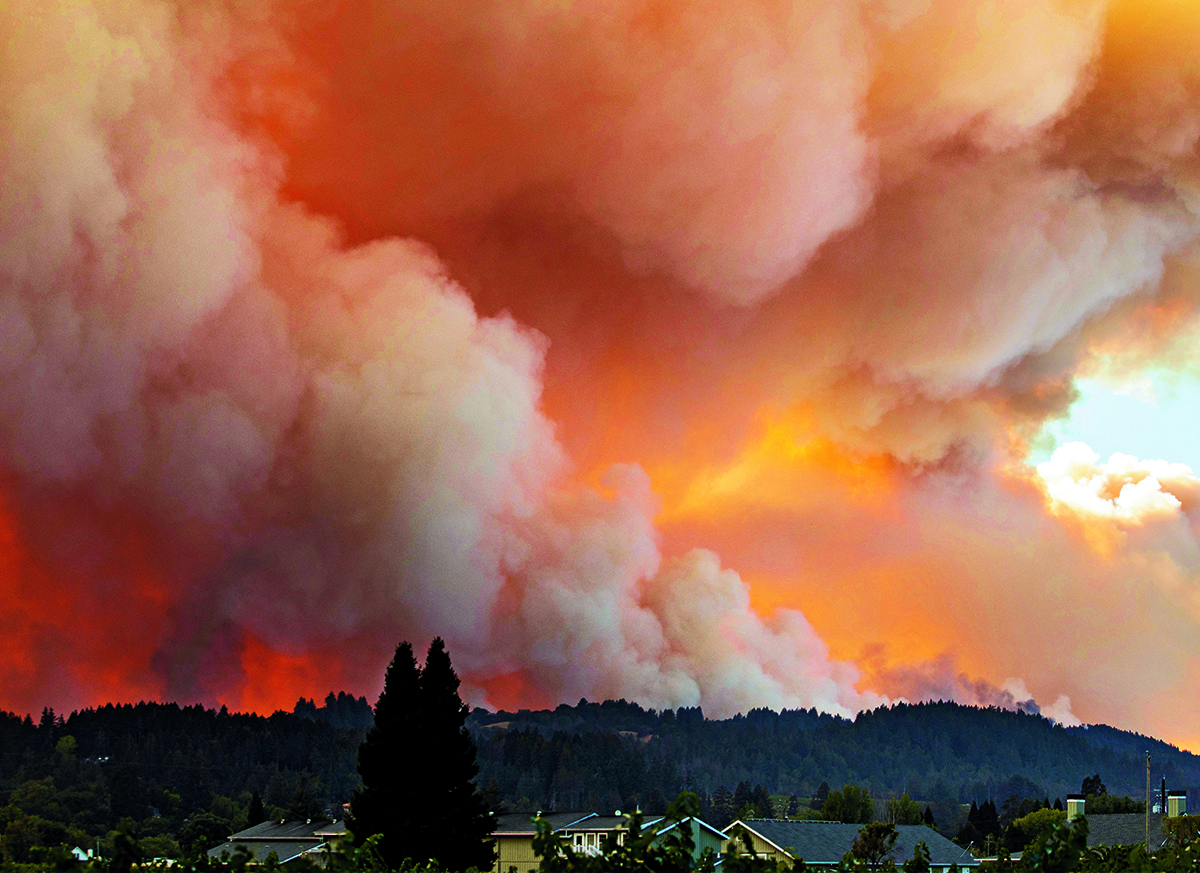 The virtually uncontrollable Walbridge Fire destroyed some 150 homes in Sonoma County, California, in 2020. California has always had to deal with wildfires. But extreme weather (drought, wind, lightning) linked to climate change has seemingly left the American West vulnerable as never before. 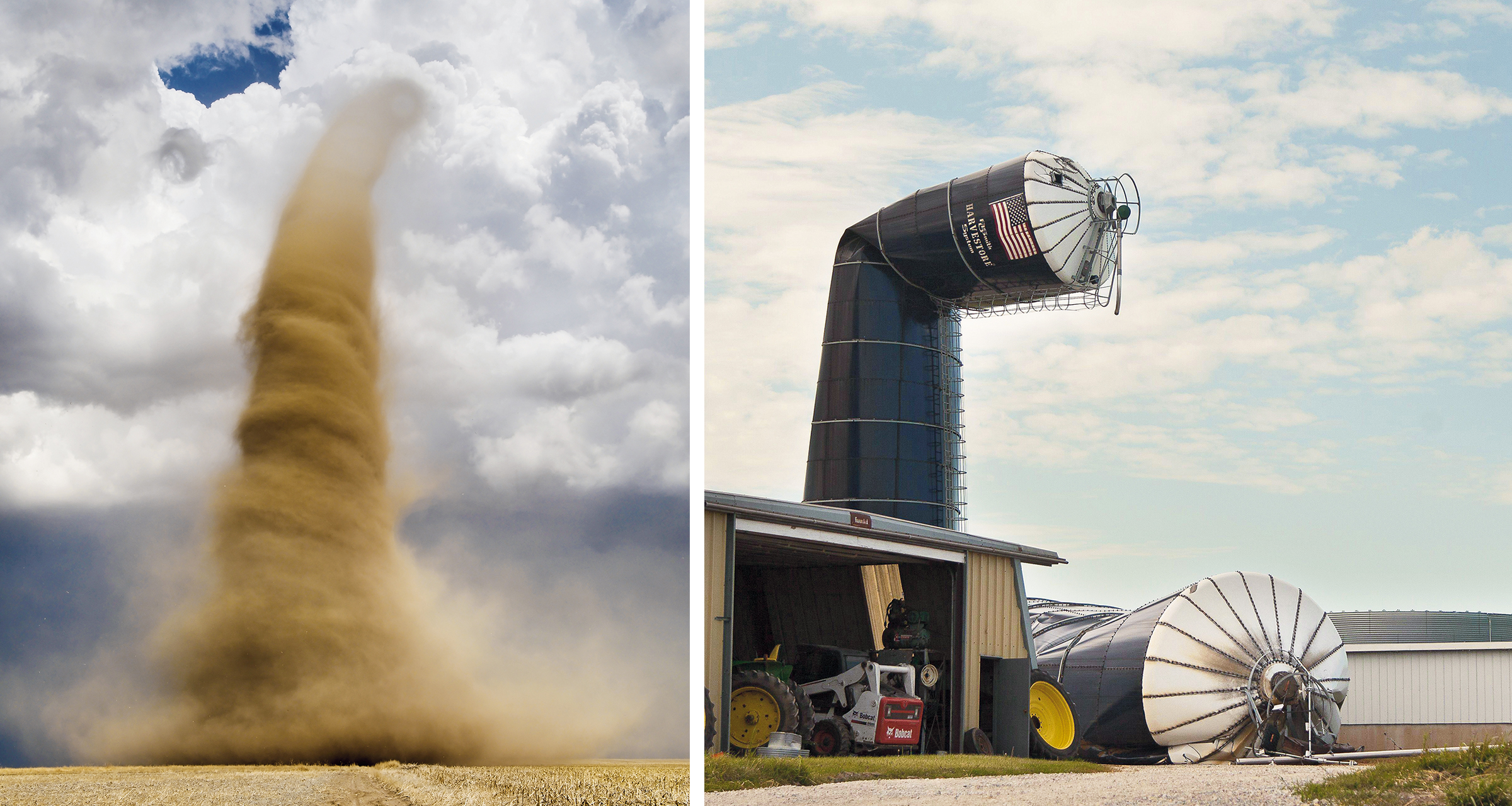 A “derecho,” a gigantic, extremely intense (and heretofore rare) storm with winds exceeding 110 mph, bludgeoned these silos in Iowa last August. A tornado carrying dirt rather than water (left) grinds across Kansas in 2020. Similar sandstorms have become so common and powerful in the Sahara that the detritus is degrading air quality in North America. 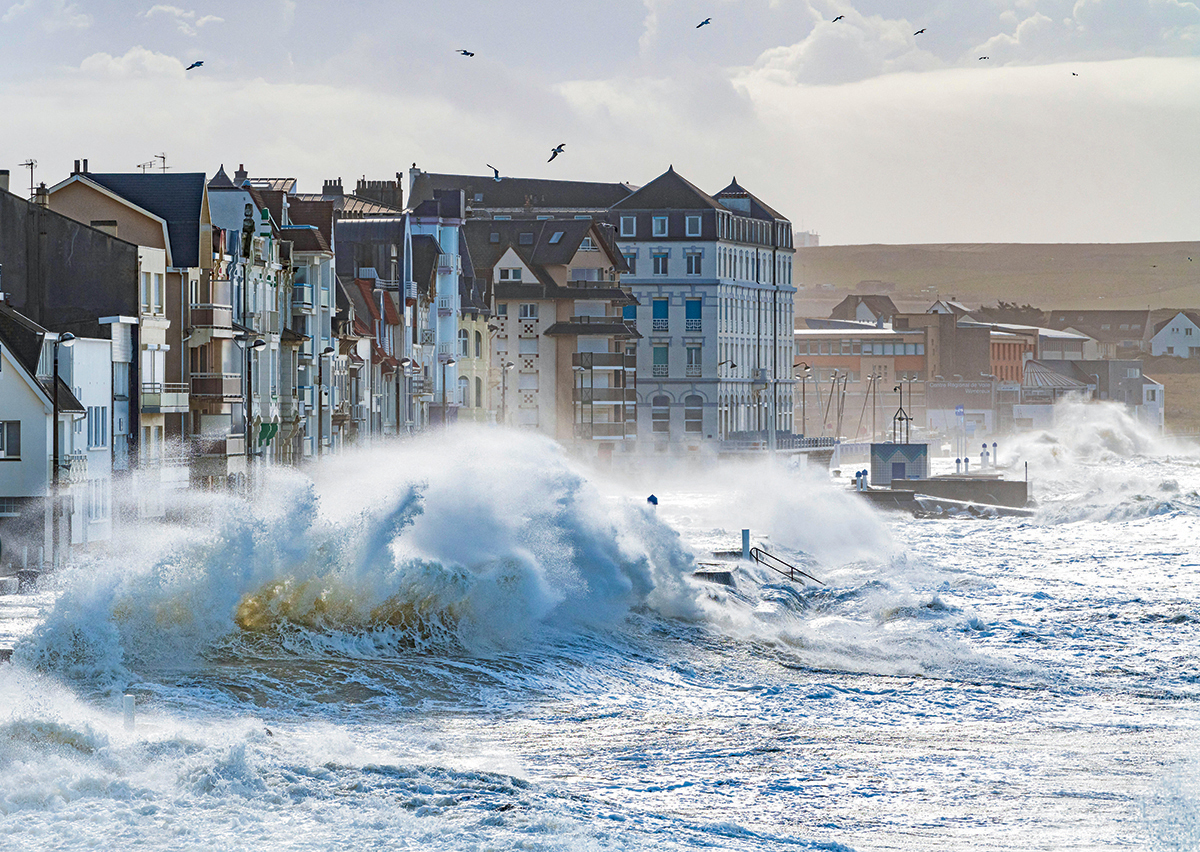 European megastorms, feared for their very high winds, are becoming more frequent. Here, Storm Ciara is battering the French resort of Wimereux on the English Channel with winds gusting to 90 mph in February 2020.