Pundits, pollsters and statisticians have been slicing and dicing the presidential election results for months now — no surprise in light of the fact that the winner was defeated in the popular ballot by almost 3 million votes. Now, new Census figures allow an even finer cut: while Hillary Clinton took less than one-sixth of America's 3,141 countries, those she did win were home to 31 million more Americans than Trump counties. Unfortunately for her, this resounding electoral win, going by combined county population, did not carry over into an Electoral College edge.

Trump prevailed in the Electoral College by successfully navigating precarious rural-urban balances in key swing states, taking small areas by large margins. This pattern is almost unprecedented: Trump is the first winning candidate since at least 1992 to carry a minority of the nation's combined county populations.

Looking behind the demographic curtain, the differences between Trump counties and Clinton counties are large — sometimes startlingly large.

Right now, the Republican Party has control of the presidency, the Congress and much of the power structure in a majority of states. But demographics suggest this worm will turn — and fairly soon. The groups now dominating Clinton counties will continue to grow and disperse, giving Democrats a natural advantage across the country. 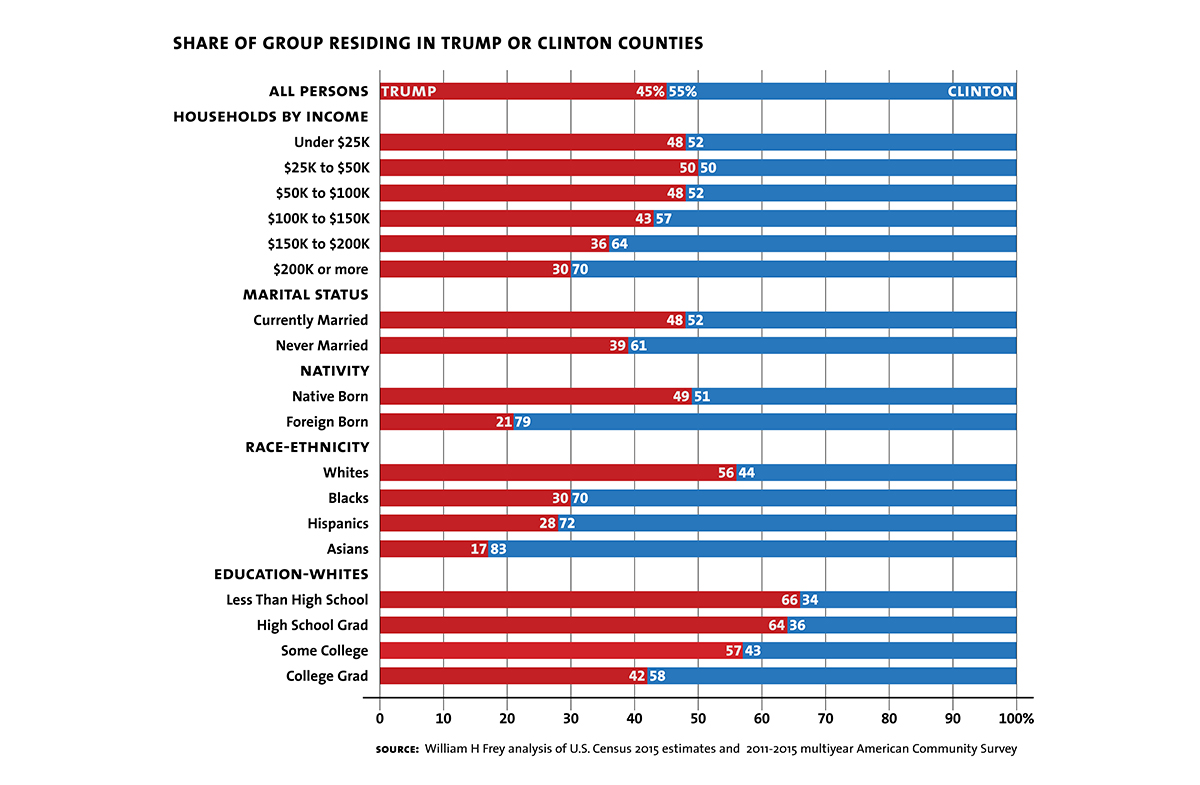 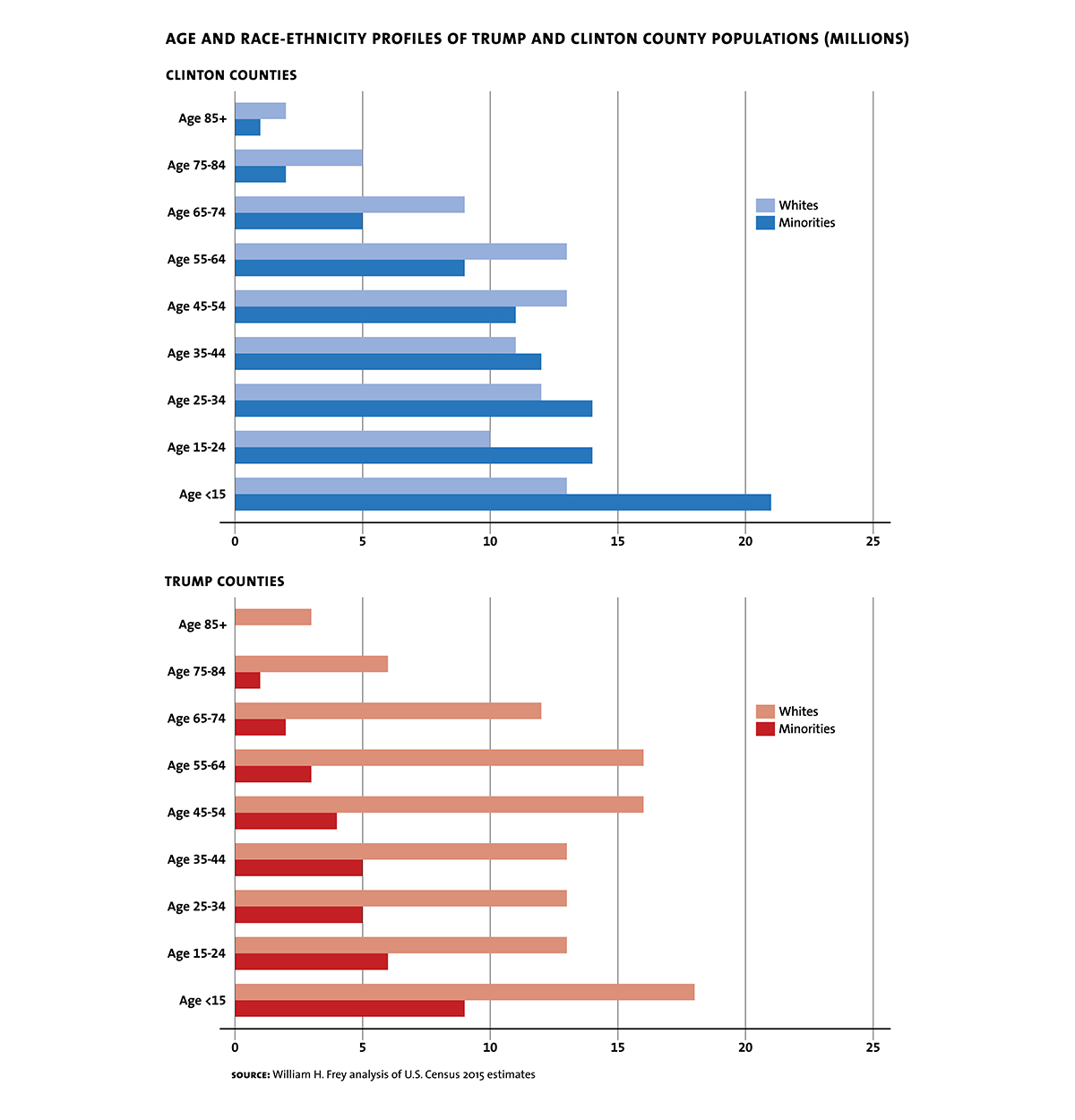