Turkey, for much of the 21st century, stood as a bright economic light in a dimming Middle East, with some observers even pointing to it as an economic model for the region. And for good reason: since 2002, when President Recep Tayyip Erdoğan came to office, Turkey's economy has achieved relatively high rates of growth, with considerable benefits ending up in the pockets of the poor. The country even managed to remain attractive to foreign investors, despite the civil wars chewing up neighboring Syria and Iraq.

What a difference a few years and a hefty dose of megalomania can make. Gradually worsening governance and economic management, the erosion of civil liberties that accelerated following a July 2016 coup attempt, and an April 2017 referendum that concentrated even more power in the hands of President Erdoğan threaten to retard (if not reverse) Turkey's march toward upper-income status.

In addition to settling into his role as near-absolute leader, Erdoğan threatens to join the growing number of autocrats who champion half-baked economic policies that deliver immediate benefits to favored constituents but undermine sustainable growth. Even as Venezuela reels from the effects of Chavistanomics, Russia languishes under Putinomics and Argentina cleans up the mess left by Kirchnerism, Turkey threatens to descend further into Erdoğanomics.

Erdoğan's economic policies did start on the right foot (though he didn't have much choice in the matter). In the wake of a scary financial crisis in 2001 — a familiar event in modern Turkey's roller coaster economic history — the newly elected Erdoğan and his Justice and Development (AK) Party worked closely with the IMF to stabilize the economy. Following the IMF's standard game plan of fiscal prudence, improved transparency, increased central bank independence and market reforms designed to improve resource mobility and competition, growth reignited. And coupled with the expectation that Turkey would eventually be invited to join the European Union, foreign investment again flooded in. 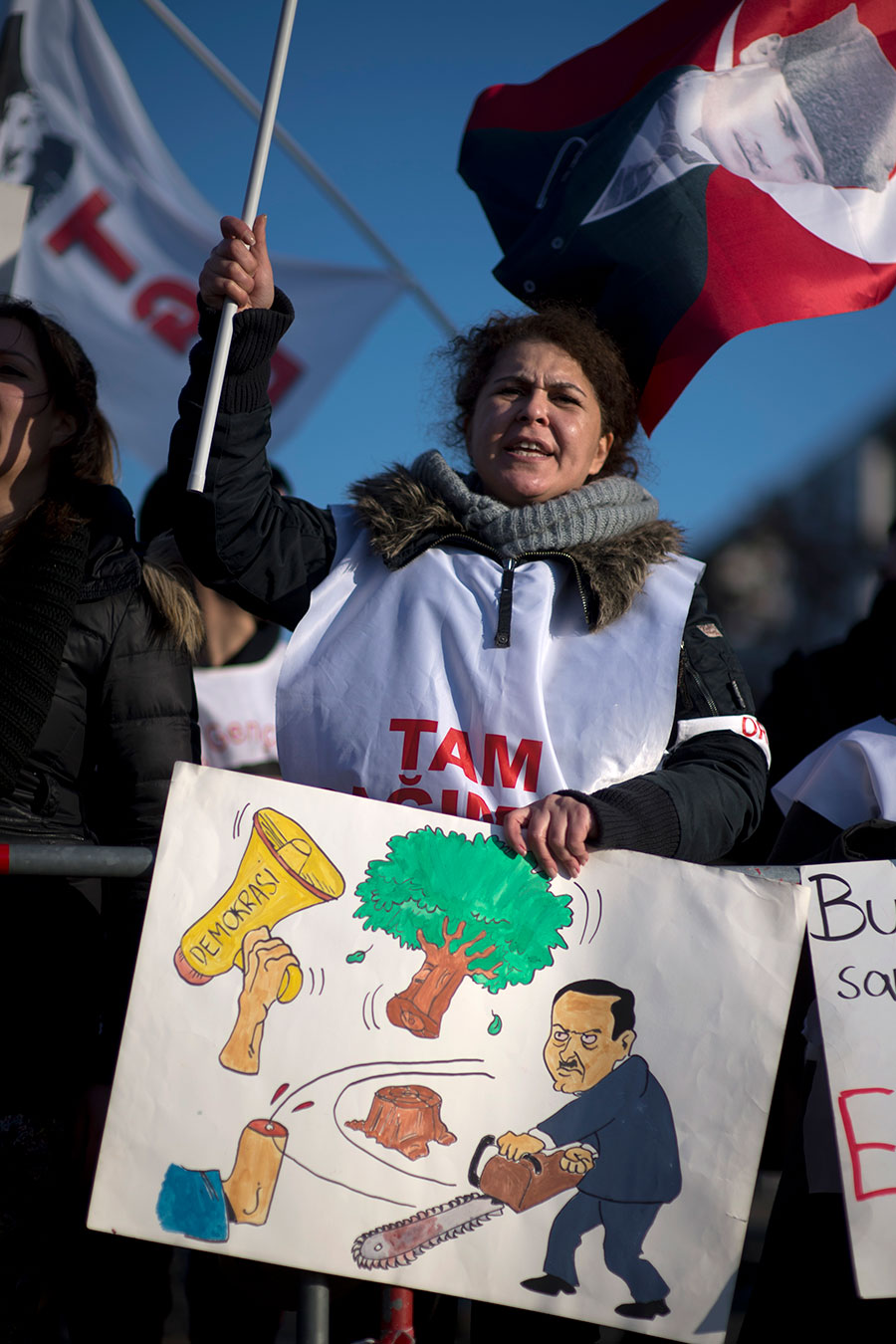 Turkish growth continued at a respectable rate through 2016, although the dramatic initial gains were not sustained once the IMF loosened the reins. Per capita income growth, which averaged 5.7 percent during the 2002-7 recovery, fell to an average of 3.1 percent in the years since. Industrial production, which had averaged an Asia-like 8 percent growth pace for 2002-7, fell to 3 percent in 2008-16. Total factor productivity growth — economists' favorite indicator of efficiency gains — plummeted from 4.8 percent in the earlier period to a dismal 0.2 percent.

Citing the country's political uncertainty, worsening security and the impact of its weakening currency, the IMF World Economic Outlook forecast Turkey's growth at just 2.9 percent for 2017. Days after the April referendum, which, among other things, has made it possible for Erdoğan to remain president legally until 2029, the IMF downgraded this forecast to 2.5 percent.

Initially, Erdoğan built his constituency among the poor and insecure middle class by investing in physical infrastructure, education and health care. But with the IMF no longer on his back, he pretty much abandoned the next stage of development, paying less attention to improved governance, economic reform and economic management, all of which are critical to sustaining economic growth in a middle-income country over the longer term.

This deterioration in Turkey's economy and governance occurred during a period in which there were still limits to Erdoğan's power. These constraints eroded under the state of emergency imposed after the July 2016 coup attempt and all but vanished after the April 2017 referendum.

Turkey's worsening prospects are placing serious constraints on the ability of businesses to expand and compete. Turkey fell from 43rd of 144 countries (1 being best) in 2012-13 to 55th in 2016-17 on the World Economic Forum's Global Competitiveness Index. In addition, the country now ranks among the lowest 10 percent of countries for labor market efficiency.

FDI, already in decline since its peak at $22 billion in 2007, fell precipitously in 2016 and is expected to decline still further in the wake of the EU's suspension of membership talks. The AK government has countered that granting more power to Erdoğan makes it easier for the government to implement investor-friendly labor and tax reforms to increase economic growth. Even those investors who can stomach autocracy, though, remain concerned about Erdoğan's growing involvement in monetary policy, particularly in light of his attitude toward interest rates.

A liberal, secular path, with tolerance for diversity, civil liberties and free speech no longer seems in the cards.

Erdoğan claims that higher interest rates cause inflation, a view that might sell on the streets — interest is, after all, a cost of doing business — but confuses cause and effect. In a remarkable intersection between Islamic orthodoxy and populism, Erdoğan has expressed a preference for interest rates set at zero. Those who scoff are apparently members of the "interest rate lobby" intent on profiting at the expense of the common man.

Over the past several years, Erdoğan has been engaged in a running battle with the head of Turkey's central bank, who has raised the interest rate several times to counter inflation and to lean against further depreciation of the currency. With the referendum now freeing Erdoğan to replace the head of the bank, the shackles are presumably off. Look for interest rates to fall, the exchange rate to rapidly devalue, inflation to increase, foreign investment to dry up, the current account deficit to widen and a debt crisis to eventually halt economic growth.

When asked to predict Turkey's future before the referendum, Dani Rodrik, a Turkish economist who has become a leading light in development economics, said he thought the country would end up looking like Malaysia at best and Afghanistan at worst. His warning: "A liberal, secular path, with tolerance for diversity, civil liberties and free speech no longer seems in the cards." The referendum can't have improved Turkey's prospects.