When One Is Not Enough

Man (and woman) does not live by bread alone. (I gotta remember to write that one down…) And, these days, the media, as well as the academic and think-tank worlds, brims with talking heads describing the limitations of GDP as a measure of societal welfare. Truth is, no single number or index of weighted numbers can capture everything we'd want to know about absolute or relative welfare for a whole country. But one of the most venerable attempts is the UN's Human Development Index, which factors in life expectancy and education along with income. More recently, the UN has added an HDI adjusted for income inequality, as well as a Gender Inequality Index. The latter index factors in maternal mortality rates, adolescent birth rates, education and labor force participation.

Among high-income industrialized countries, all three indices are strongly correlated. But there are some interesting outliers – including the United States. Here's a sampling, selected for general interest and, in a few cases (in bold), unusual results. 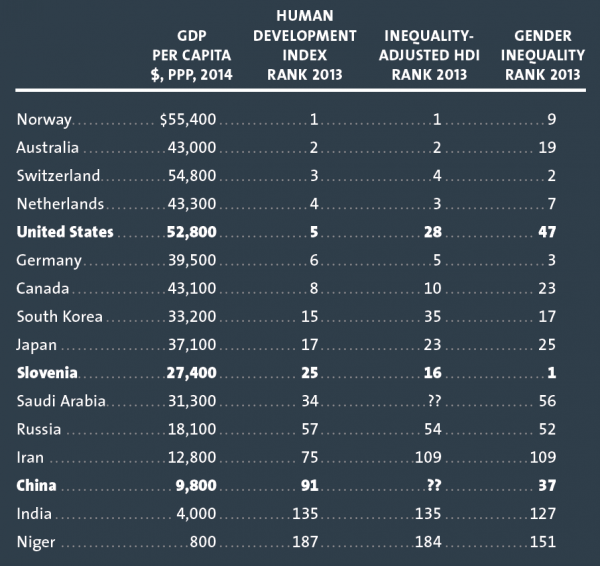