Economists are generally eager to explain that index rankings of almost any sort should be taken with a grain of salt. For starters, what’s included in the index and how the components are weighted is invariably subjective. And more often than not, what’s being ranked doesn’t say much about what observers really want to know.
But did I forget to mention that economists just love to rank stuff — everything from income inequality to best countries to do business? Here, an open source collective of research economists turn the spotlight on the profession, ranking both economists and economics departments on the impact of their research using an index of how much they publish and how often (and where) the work is cited. I’ve included the top 10 in the two categories, but the lists include another gazillion. 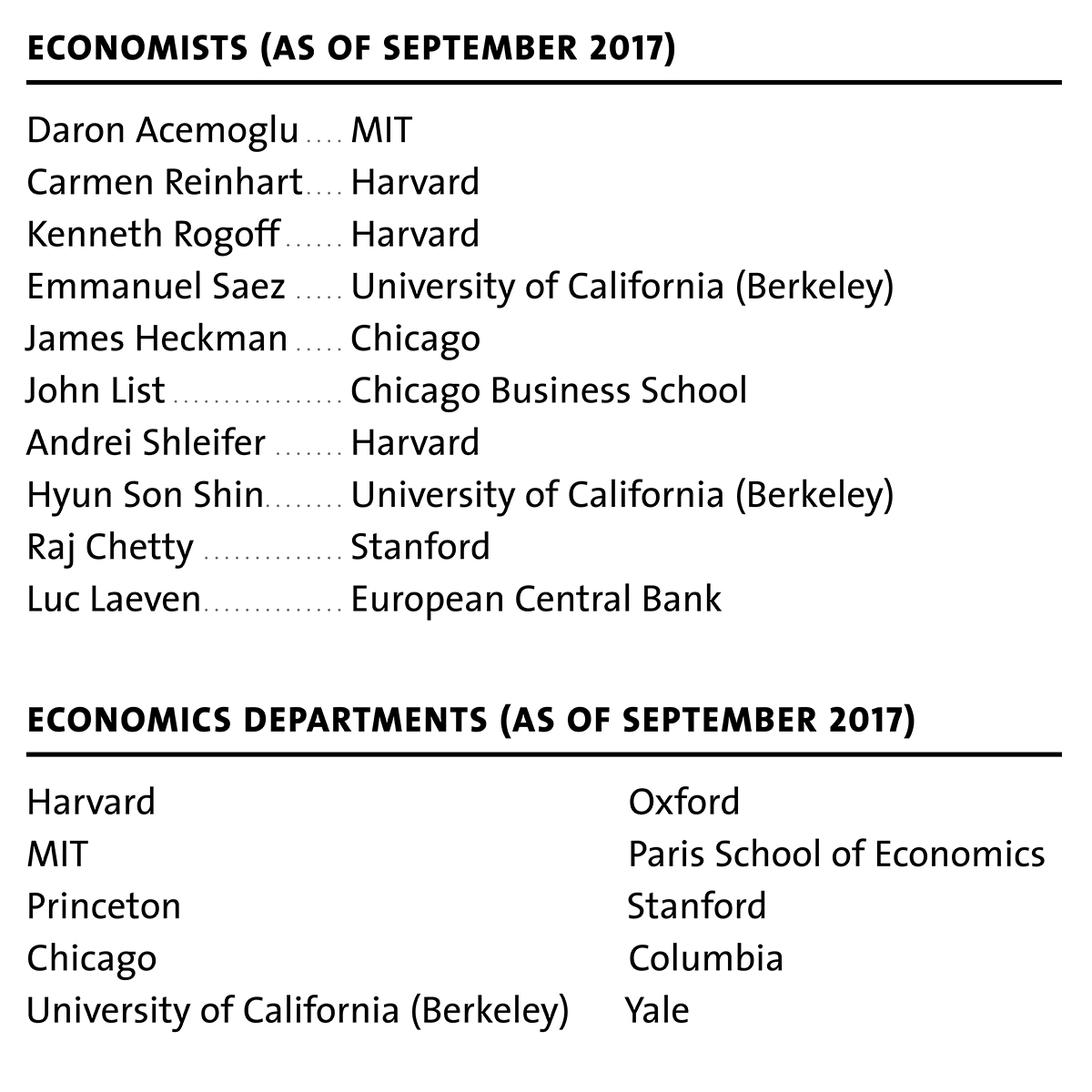